Skip to Content
Home Movies Portrait of a Man in Search of Life’s Meaning: Living, a British adaptation of Akira Kurosawa’s Ikiru

Aside from Nighy, a number of high profile names are attached to the project. The screenplay was written by Nobel and Booker Prize winner Kazuo Ishiguro (The Remains of The Day, Never Let Me Go). And the film is executive produced by Akira Kurosawa’s grandson, Ko Kurosawa.

So, to some, a South African filmmaker with just four films under his belt may seem an unusual choice to take on the directorial role of this Kurosawa adaptation.

Living is directed by award-winning Oliver Hermanus, riding high on the film festival success of his most recent film, Moffie (2019). That film follows Nicholas, a young man coming to terms how to cope with his homosexuality as a new conscript in the South African Defense Force during the Apartheid regime of the 1980s. His second film, Beauty (2011), also tackles the issue of homosexuality during Apartheid, focusing on the self-hate experienced by François, a middle-aged Afrikaans father and husband who finds himself unexpectedly attracted to the young adult son of a close friend. Endless River (2015) addresses love across the race barrier in South Africa as well as crime and violence. And Hermanus’ debut film, Shirley Adams (2009), is about the relationship between a mother and her disabled son, the survivor of a shooting.

All of Oliver Hermanus’ films to date are set in South Africa and reference or explore the impact of violence on both society and individuals.

“Violence definitely seems to be something that maybe I’m not consciously thinking about, but I find that it does kind of seep into all of my films,” Hermanus concedes, speaking over Zoom from London.  “I would say the more conscious connective for me is the idea of portraiture. Each of them is a portrait of a South African, [even though] they may be portraits from different time periods: a still frame of Shirley Adams and a still frame of François (from Beauty) and a still frame of Tiny (the central character of Endless River) and a still frame of Nicholas (from Moffie). So, I see that as what I’m doing.”

Living explores “a non-South African character that I’m taking a portrait of, and that will be an interesting shift,” Hermanus notes with a laugh. “Or it might be that what it shows is that maybe ultimately I’m interested in portraiture. And now I’m going beyond the realm of South Africans.

“We are retelling the story set in the same time period but instead of being set in Japan, it is set in London,” he explains of the Kurosawa connection. “It’s the story of a man who is told he’s going to die. He’s got cancer and a limited time left and he begins to wonder if he’s ever lived at all. Bill Nighy is playing that man. So, in a way, this is another film that will be a portrait — of a man who’s dying.  There’s no violence in this one. So, this might be the break of that cycle.”

While the milieu of Living marks a shift from Japan to England, much of Kurosawa’s overarching storyline in Ikiru remains intact in Ishiguro’s adapted screenplay.

“Here is our protagonist,” announces the voice of the omnipresent narrator of Akira Kurosawa’s 1952 classic Ikiru. “But what a bore it would be to describe his life now. Why? Because he’s only killing time. He’s never actually lived. You can’t call this living.”

The protagonist of Ikiru is Kanji Watanabe, an aging Japanese bureaucrat played by Takashi Shimura, who appeared in 21 of Akira Kurosawa’s 30 films. As the Public Affairs Section Chief in City Hall, Mr. Watanabe handles —or deflects — complaints from local citizens. Every day he sits hunched over his desk, surrounded by mountains of stacked papers, rubber stamping documents. He effects little to no change.

“He might as well be a corpse. In fact, this man has been dead for more than 20 years now. Before that, he had some life in him. He even actually tried to do a little real work. But now, there’s nothing left of that will or passion,” laments the narrator.

As evidence that Mr. Watanabe once possessed a flicker of ambition and wanted to make a difference in the lives of others, we see him open up his desk drawer to reveal a neat package tied up in string and emblazoned with the words: “Proposal for Increasing Departmental Efficiency. Submitted 11/7/1930 by Kanji Watanabe.” He wrote this report. But it was over 20 years ago. It is now the 1950s. He unties the package, tears off the top page and uses it to blot his rubber stamp.

“He’s been worn down completely by the minutia of the bureaucratic machine and the meaningless busyness it breeds,” continues the narrator. “But in reality, this man does absolutely nothing at all. Besides protecting his own position. The best way to protect your place in this world is to do nothing at all. Is this really what life is about?”

Ikiru demands that viewers of the film ask perennial, existential questions of themselves: What have I been living for? Why am I here? What is the point of what I’m doing? What is a good life?  What does it mean to live a good life?

Mr. Watanabe grimaces before reaching for a bottle of pills. He pours out a handful and swallows them without water. “For him to start thinking seriously about this, his stomach will have to get a lot worse,” adds the narrator. “And he’ll have to make up a lot more wasted time.”

Soon Mr. Watanabe learns he’s dying of stomach cancer and has perhaps six months to live. He needs to rethink his life.

In Living, Nighy plays Williams, a low-ranking paper pusher who serves in the vast bureaucratic apparatus set up in the aftermath of World War II to rebuild Britain. Drowning in administrative documentation his days are filled with repetitive, menial clerical work. When he learns that he has an incurable disease, Williams embarks on a journey in search of some meaning to justify his dull existence.

In Ikiru Watanabe approaches an eccentric writer to help him spend his money on “a good time.” The two men disappear into Tokyo’s gambling dens, dance halls and the red light district. Similarly, Williams travels to Brighton where he makes friends with a writer who shows him the joys of a wild, drunken night on the town.

Upon returning to London, Williams avoids family, friends, work. But then Margaret, a young colleague from his office, enters his world. Played by Aimee Lou Wood (Netflix series Sex Education), Margaret is carefree and filled with a passion for life. His former subordinate sets Williams on a path to making his life worth living, showing him that, by using his experience and tenacity, he simply needs to find an endeavour that has purpose and that will bring him happiness.

In working with Bill Nighy and Aimee Lou Wood, Hermanus says he has not much changed the directorial approach he adopted 15 years ago when he made his first film, Shirley Adams. “I think that the processes of Shirley Adams were quite successful,” he says. When he begins production on a movie, his methodology has “become quite ritualistic.” Each time he prepares a new film, Hermanus reads the same book on moviemaking by director Nicholas Ray (Rebel Without a Cause). “I am doing that right now,” he says. “The book is really about how to work with actors. It gets me back into the language that I use, the breakdown, the way that I expect the actors to do their work, and how I connect with them.”

The preparation work that he explored with Denise Newman, the lead in his first film, Shirley Adams, is “pretty much the same” work that he is currently undertaking with Bill Nighy. “And what is wonderful is that they are different actors in different countries, and they’ve all got [different] experiences but they’ve all been very willing to do things my way and work it out my way,” he notes, “which is a privilege because sometimes actors don’t want to do that. They want to do it their way.” 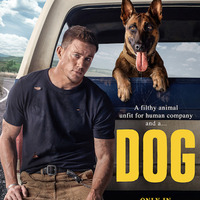