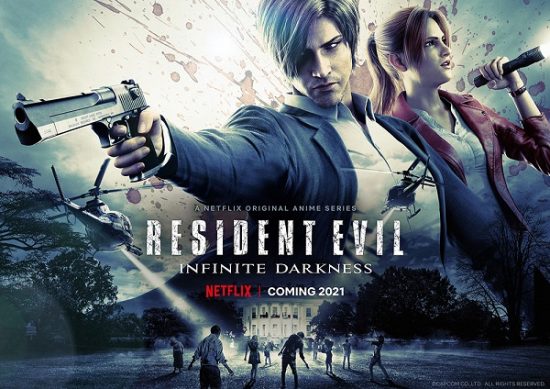 Resident Evil: Infinite Darkness is a new animated show that is heading to Netflix

The world of Resident Evil that intertwines horror, action and suspense is presented with beautiful and realistic visuals in this brand-new entertainment epic on a unprecedented scale!

The show features Leon S. Kennedy (Nick Apostolides) and Claire Redfield (Stephanie Panisello) and a new trailer has been released.

Leon, who is investigating a hacking incident, and Claire, visiting to petition the government to construct a welfare facility, have a chance reunion at the White House. A strange drawing from a little boy and an unexpected power outage in the White House mark the beginning of the infinite darkness.