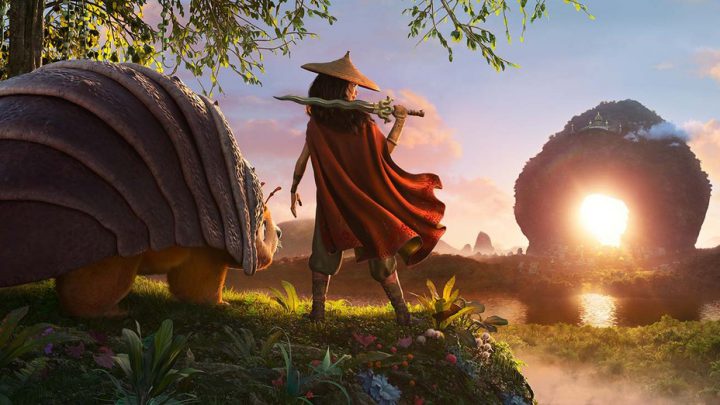 It has been some time since Flickchart has reviewed a new wide theatrical release. With the COVID-19 pandemic raging, the movie exhibition situation has been far from ideal. But with theaters starting to reopen in a larger way, Disney has pushed Raya and the Last Dragon to theaters and Disney+ streaming simultaneously, and we’re here for it!

The newest movie from Disney Animation Studios, Raya and the Last Dragon takes place in the fictional Asian nation of Kumandra, which divided between five tribes in the wake of a devastating supernatural war. Dragons defended humanity from a consuming force known as the Druun. Most of the dragons were defeated while holding the Druun at bay. Only one piece of dragon magic remains in the world: a magical stone.

Raya lives in the tribe of Heart, where her father invites the other tribes in an attempt to forge peace. But discord and lack of trust causes the stone to split, which allows the Druun to come back and turn nearly everyone to stone. And that’s just the intro.

After this epic opening segment, there is a substantial time jump, and Raya emerges as a young adult determined to revive the last dragon and undo the ravages of the Druun.

As always, Disney does a great job setting up a vibrant new fantasy world. The characteristics of the five tribes are simplistic, but they are a neat and fairly seamless way of introducing children to different aspects of Asian culture.

Raya’s quest is a metaphor for building trust and unity in a discordant world. It doesn’t take a genius to see the parallels between the film and contemporary politics, where it seems like different tribes of people are constantly at each other’s throats. Disney seems to suggest that unity and peace can be achieved if we can learn to trust one another again — and believe in a little Disney magic in the form of the dragon Sisu, voiced by the wonderful Awkwafina. While the messaging may be a tad obvious at times, it’s still good storytelling, and well-realized characters mostly make it work.

Kelly Marie Tran is great in the lead role of Raya. She brings a strong force to the lead and is a believably a flawed protagonist. She struggles with trust issues, understandably, and her process of learning from the very trusting Sisu feels real. Even after constant betrayals, the film keeps its faith in the notion of trust, and is all the better for it. Raya gradually gathers a group of vagabonds from various tribes as she journeys across the land gathering pieces of the broken stone.

The movie bears some familiar hallmarks of modern children’s entertainment, which too often doesn’t trust children’s maturity. There are some goofy hijinks that belong to a lesser movie, such as the Minion-like monkeys that accompany a baby hero from the Talon tribe. These purely silly touches feel out of place in an otherwise rather mature story.

Raya and the Last Dragon has a real sense of stakes. It isn’t afraid to get fairly dark in segments, a decision that hearkens back to kids’ films of the 80s like The Dark Crystal and Return to Oz, and the movie doesn’t short-change its central conflict. It almost stands as one of Disney’s best adventure films period. 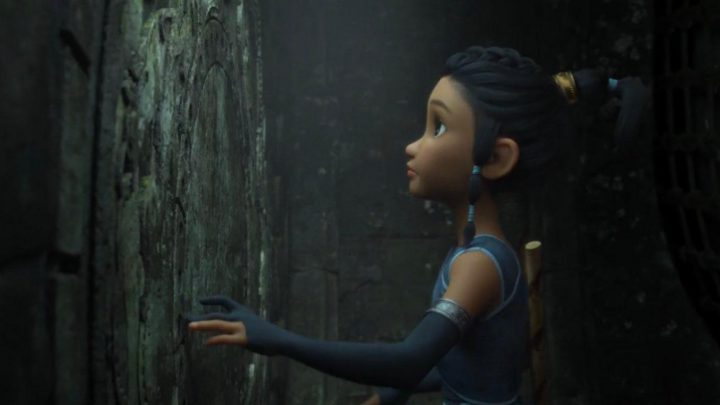 Unfortunately, the film sticks just a tad too close to formula to become truly transcendent. Still, it’s a very well-made work and its script is solid. The animation is gorgeous, though one still might be missing the hand-drawn look of earlier Disney fare. The colors are vibrant and all of the characters are expressive.  The film features a great Asian-American, and the story might be just what the world needs to see playing in theaters right now.

Tell us your thoughts below and rank Raya and the Last Dragon on your Flickchart today!