This essay is part of our series Episodes, a column in which senior contributor Valerie Ettenhofer digs into the singular chapters of television that make the medium great. This entry looks back on the Game of Thrones pilot, “Winds of Winter,” for its tenth anniversary. You could call it a Very Special Episodes.

Even the biggest show in the world has to start somewhere. Before Game of Thrones won a record-breaking fifty-nine Emmys, dominated a decade’s worth of watercooler conversations, and changed the scope of television forever, it was simply a new HBO show with something to prove. And on April 17, 2011, the pilot episode, “Winter is Coming,” started off with a bang — or, more specifically, a beheading.

Created by David Benioff and D.B. Weiss and based on George R.R. Martin’s popular series of fantasy novels called A Song of Ice and Fire, the show opens its first episode with a chilly, unnerving, and utterly captivating prologue. The sequence begins with the sound of heavy gates rumbling open. We see people on horses, torches in the dark, cold breath in the winter air. Immediately, the direction by Tim Van Patten is striking, setting up shots for maximum surprise, impact, and beauty.

Three men wrapped in furs are scouting the woods on horseback. One glimpses a whirl of smoke over the ledge of a snowy embankment. He army-crawls towards the smoke, only to make a gruesome discovery: there’s a mess of frozen body parts, including heads on spikes. Disturbingly, these parts seem to make some sort of geometric pattern. He turns to run, only to come face to face with the corpse of a frozen young girl, pinned to a tree in an eerie, upright imitation of life.

The man runs back to his scouting party in fright. A bony, shadowy figure with glowing blue eyes suddenly appears and slaughters a man. A figure across the clearing turns out to be the doll-like frozen girl, reanimated, her own ice-blue eyes a shock to the system as she slowly turns around. Just before Ramin Djawadi‘s now-famous theme song plays for the first time, we see a severed head unceremoniously flung at the feet of the only survivor.

In retrospect, this powerhouse opening sequence is an anomaly. It’s like something out of a horror movie that feels utterly removed from the series’ high political drama. I’ve shown “Winter is Coming” to many friends over the past decade, and every single one has been thrown for a loop by the immediate presence of ice zombies in what they’d imagined was a Medieval war drama. Yet this opening, and the scene that follows — in which solemn Ned Stark (Sean Bean) beheads the Night’s Watch deserter who witnessed the White Walkers — actually impart a lot about what to expect.

“Winter is Coming” is a text that only grows richer in retrospect. Upon rewatch, the one-off shock of the opening sequence gives way to a series of omens: not only will the series’ would-be protagonist lose his own head before the first season’s end, but the White Walkers will eventually become the ultimate threat to humankind — an enemy that forces previously warring factions to unite or else face total extinction.

The episode sets a violent, shocking tone that only one-ups itself as Game of Thrones continues. When the fearful scout declares “They even killed the children!” he may as well be giving the series’ mission statement. Even the three unnamed members of the Night’s Watch seem to reflect three distinct styles of leadership that we’ll see again and again during the show’s run: there’s the truth-teller, the arrogant asshole, and the cautious traditionalist. It’s worth noting that regardless of their differences, all three end up dead.

“Winter is Coming” soon introduces us to Winterfell, a chilly but relatively warm-hearted northern realm guarded over by the sprawling Stark family. On first watch, scenes of the Stark children playing and teasing one another appear to be simple character introductions, but with eight seasons of hindsight, these moments play much more somber. The scenes unfold like the old family videos that one would play over a funeral — something for surviving family members to point to and say, “That was the happiest we ever were.”

Ned and his wife, Catelyn (Michelle Fairley), tend to their large brood, which includes kids Robb (Richard Madden), Sansa (Sophie Turner), Arya (Maisie Williams), Bran (Isaac Hempstead Wright), and Rickon (Art Parkinson), plus Ned’s bastard son, Jon Snow (Kit Harington), and ward, Theon Greyjoy (Alfie Allen). By the series’ end, five of the nine will be dead, but in these early scenes, we’re just learning about who they are.

While Sansa excels at needlepoint, Arya skips sewing lessons to shoot an arrow at a bullseye instead. Ned is duty-bound but a creature of habit. As an illegitimate child, Jon feels his difference like a thorn in his side. While the Starks aren’t the only major players introduced in this hour, their scenes are miniature character studies worth paying attention to. They are the only scenes we will ever get with every family member together.

Soon, word arrives that Ned’s mentor, Jon Arryn, has died, and King Robert Baratheon (Mark Addy) heads north to ask the Stark patriarch to join him in Westeros’ capital as the new Hand of the King. When the party arrives, it’s in what most television productions would consider a large-scale scene, complete with dozens of extras, live animals, and many moving parts. In a testament to the way the series revolutionized the TV landscape, it also looks like child’s play compared to the ambitious, epic battle scenes Game of Thrones would undertake in future episodes.

“Winter is Coming” is steeped in long-term foreshadowing in a way that most TV pilots are not, from Robert’s reference to Lyanna Stark — a deceased character who becomes integral to the plot six full seasons later — to young Danaerys Targaryen (Emilia Clarke) across the sea, stepping into a scalding bath without burning.

The first episode of Game of Thrones benefits from a plethora of source material that allowed Benioff and Weiss to hone in on characters and themes that would matter far down the road. As a pilot, it’s a bit of an iceberg; pretty much every scene is doing something massively important, but it’s tough to understand the depth and enormity of it all until you’re further along the collision course the series has charted.

While much of the episode has become richer with age and context, “Winter is Coming” isn’t without its faults. Scenes of the Dothraki horde, the Eastern clan that teenage Danaerys is married into in this first installment, are particularly disappointing. The Dothraki are some of the only people of color presented in the entirety of Game of Thrones, and they’re unfortunately defined by brutality and base instincts.

In one memorable scene, Danaerys — pale white and elegantly dressed, in the first of many scenes that physically frame her like a potential savior figure — watches as grunting Dothraki warriors fight to the death over a woman they want to sexually conquer in front of an audience. The veil of fantasy often offers creators a flexible excuse for such racist failures of imagination, but in 2021, after witnessing the show’s spotty track record on the topics of race and gender, it’s impossible to view this scene and give the writer behind it the benefit of the doubt.

Despite the questionable material she’s given, Emilia Clarke is an early standout in the Game of Thrones cast. Ultimately one of the series’ most polarizing characters, Danaerys is introduced as an abuse survivor who’s already been hollowed out by the manipulations of her older brother. She faces her arranged marriage not with the look of steely resolve that we see so often later on, but with a sort of haunted vacancy that gives way to open fear and pain.

The women of Game of Thrones are pretty much immediate standouts across the board. Lena Headey is effortlessly excellent as Robert’s wife, Cersei, a woman whose disgust with her situation is as evident as it is complicated. Sophie Turner’s Sansa Stark wouldn’t become a fan favorite until many seasons later, but the origins of her hard-won power begin here, as her romanticized ideas about the future are discreetly countered by both a wary Catelyn and the power-hungry Cersei.

If ice zombies are the hook that destabilized Game of Thrones viewers enough to keep them interested in the pilot, the final scene of “Winds of Winter” is what ensnared them for the long haul. This is a story with a lot of hope in its framework, but the show has become best-known for its violence and tragedy. No early moment embodies that ethos quite as succinctly as the one in which Bran Stark happens upon Cersei and her twin brother Jaime (Nikolaj Coster-Waldau) in the throes of passion in one of Winterfell’s towers.

Bran doesn’t realize that he’s stumbled upon a secret that could topple the entire power system of Westeros. It’s a scene that’s taut with tension. “He saw us,” Cersei says, then repeats it, an unspoken demand in her voice. Jaime grabs Bran by the collar but then releases him, and for a moment, we’re able to catch our breath. He asks Bran his age — ten — then looks at Cersei with what can only be described as casual annoyance. “The things I do for love,” he says, then pushes Bran from the tower window. The last thing we see before the credits roll is the boy’s body hurtling towards the ground.

Over the past ten years, Game of Thrones has served countless functions in the TV landscape. It’s shock and awe. It’s a modern Shakespearean tragedy. It’s an ensemble drama with a character for everyone. It’s a political drama that tricks you into thinking you aren’t watching a show about politics. It’s event television, the kind of show that necessitates watch parties and theory breakdowns and an incredible, exhaustive level of collective obsession.

Looking back at “Winter is Coming,” the episode that started it all, it’s clear that the team behind the epic series knew it was event television long before it had the audience to match its ambition. To crib from a great Jaime Lannister quote: there are no shows like Game of Thrones. There is only Game of Thrones. 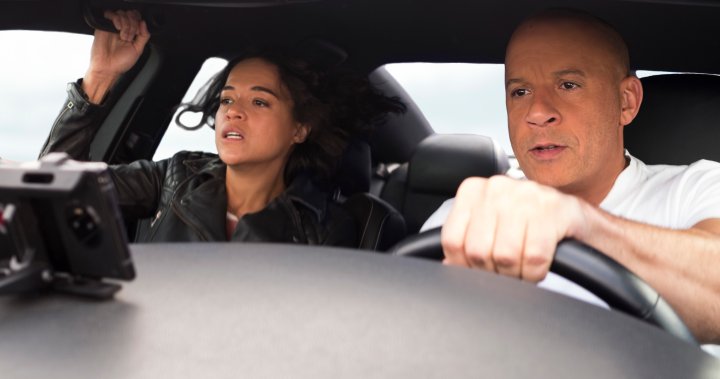