Skip to Content
Home Reality TV RHONY’s Ramona on Why Leah and Heather are Feuding as Luann Weighs In, Plus Luann Shares Dating Update 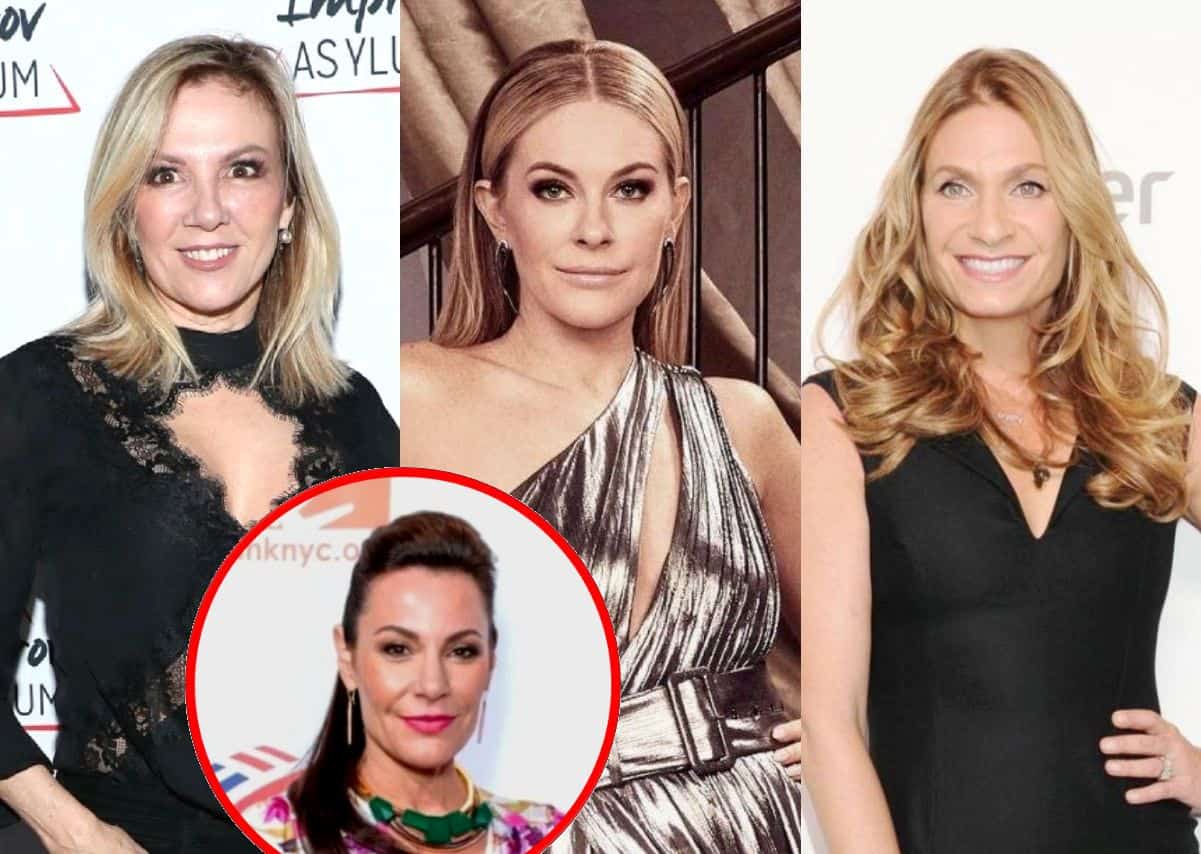 Ramona Singer and Luann de Lesseps are dishing on Leah McSweeney‘s feud with Heather Thomson ahead of the Real Housewives of New York City premiere as Luann also discusses her love life.

While promoting season 13, the OGs teased the big fight between Leah and Heather that is featured in the trailer. As it turns out, it seems Ramona and Luann really wanted to film with Heather as they met with her for lunch off-camera in order to invite her to the Hamptons. However, things obviously didn’t go as planned, and Ramona believes Leah may have been “threatened” by the Yummie founder.

“Unfortunately, she and Leah clashed [when she arrived],” Ramona told Us Weekly. “Maybe Leah was threatened by the longtime friendship that both Luann and I had with Heather. I don’t know. Well, there’s other things she was upset about that you’ll see. And they really clashed.”

Though Ramona was seemingly the host, she admits that she didn’t exactly defend Heather during the confrontation.

The Life on the Ramona Coaster author said she was “shocked” by the incident, but Luann wasn’t all that surprised.

“I wasn’t that shocked because I feel like they’re two big personalities,” Luann explained. “I think that, you know, the conflict was real. You’re going to see how that plays out.”

Luann also offered an update on her relationship with Heather, who reportedly quit the show following her heated exchange with the Married to the Mob founder.

“We don’t see each other that often because, you know, we just kind of have different lifestyles,” Luann shared. “Her children are still, like, teenagers [while] mine are out of the house and grown. She lives in the Berkshires [and] I’m in the Hamptons. It’s because of really location and different phases of one’s life.”

Meanwhile, the countess also dished on her dating life following her split from Garth Wakeford. Luann explained that her relationship with Garth “started with a sizzle and ended with a fizzle,” but she was immediately ready to jump right back in the dating game.

“I’m single. So, I’m dating, but no one in particular right now,” she told PEOPLE on April 30.

Of course, Luann has been through two heartbreaking divorces during her time on the show as she divorced Count Alexandre de Lesseps in 2009 and then Tom D’Agostino in 2017. Nevertheless, the cabaret star says she’s not ruling out the possibility of a third marriage.

“I have been there, done that, but you never say never, right?” she explained. “I am a hopeless romantic. I’ve been married twice and like they say, three times the charm. So, you never know.”

She added, “I’m not opposed to it and I’m not looking for it. I feel like when you’re not looking, that’s when things happen.”

RHONY Live Viewing – This is also a live viewing thread for tonight’s season 13 premiere episode of RHONY, which airs at 9/8c on Bravo, so feel free to comment as the episode airs!