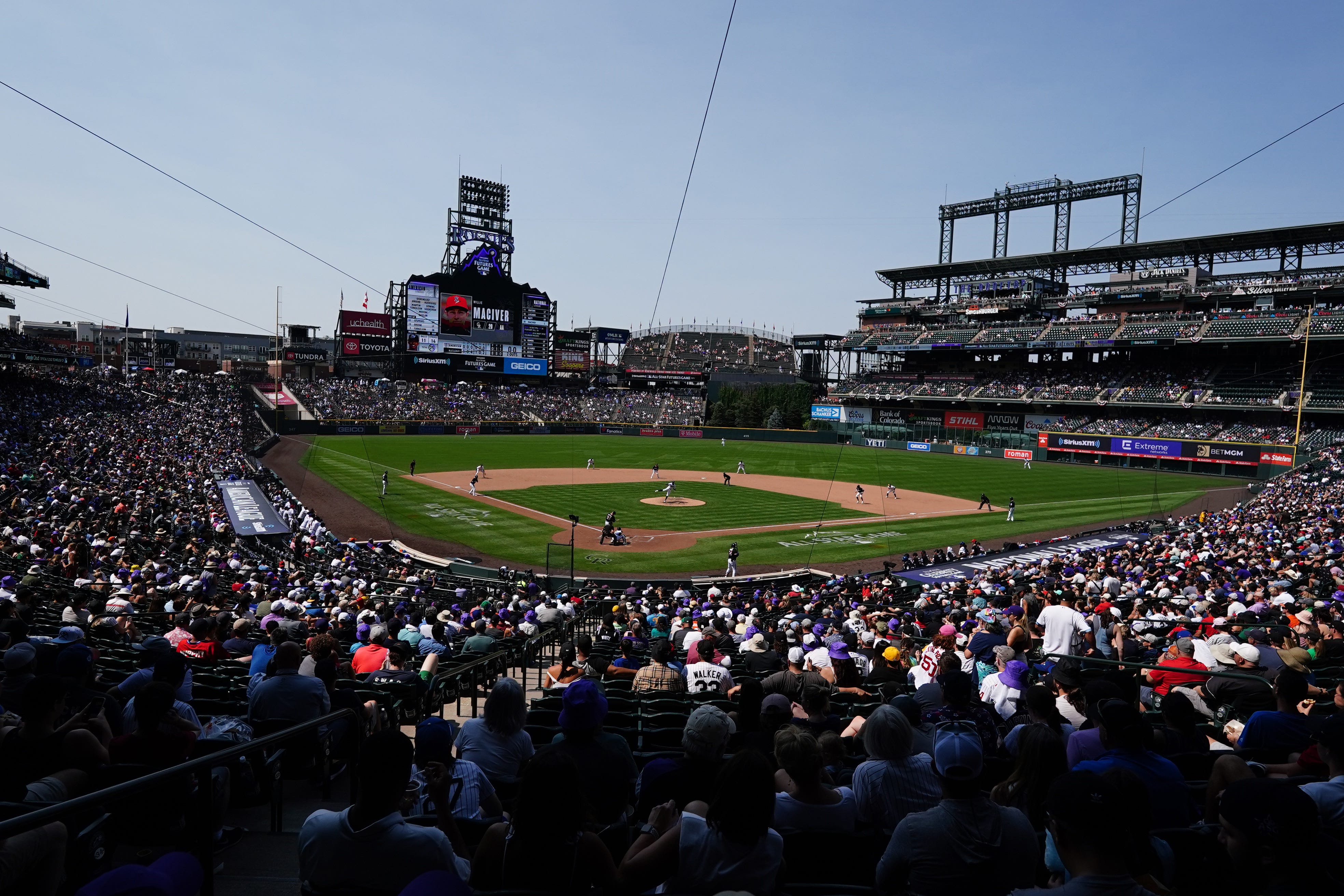 The Colorado Rockies are investigating an incident in the ninth inning of their game Sunday during which an unidentified fan directed two racial slurs at Miami Marlins outfielder Lewis Brinson during Brinson’s at-bat.

The epithets were audible, the second louder than the first, as Brinson batted before a sparse crowd that remained at the finish of the Rockies’ 13-8 victory.

While the fan apparently was not pointed out to or flagged by stadium security, the Rockies said Sunday they vowed to identify him.

“The Colorado Rockies are disgusted at the racist slur by a fan directed at the Marlins’ Lewis Brinson during the ninth inning of today’s game,” the team said in the hours after video clips from the Marlins’ Bally Sports broadcast circulated on social media. “Although the subject was not identified prior to the end of the game, the Rockies are still investigating the incident.

“The Rockies have zero tolerance for any form of racism or discrimination, and any fan using derogatory language of any kind will be ejected and banned from Coors Field.”

Tony Clark, executive director of the MLB Players’ Assn., said the incident marks “a painful reality that progress continues to be elusive in a world where ignorance and bigotry remain all too commonplace.”

Executive Director Tony Clark’s statement regarding the incident in today’s game between the Miami Marlins and Colorado Rockies: pic.twitter.com/xndcxGYAJC

Brinson, 27, has spent parts of the past five seasons in the major leagues. He had two hits and two RBI in Sunday’s game, played before an announced crowd of 34,677.

Coors Field last month played host to Major League Baseball’s All-Star Game, which was moved from Atlanta by commissioner Rob Manfred after the state of Georgia passed a series of voting security laws that are likely to disproportionately impact voters of color.