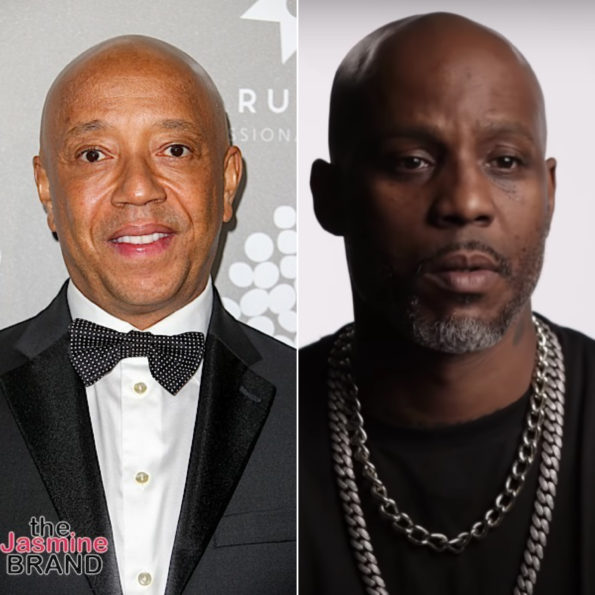 DMX’s (real name Earl Simmons) family and friends gathered together Sunday (Apr.25) to honor the late rapper one last time before he is laid to rest in New York. After an epic “Celebration of Life” service at Brooklyn’s Barclays Center on Saturday (Apr.24) to honor the iconic rapper, DMX’s “Homegoing Celebration” on Sunday was much more intimate. Celebrities including Nas, Lil Kim, Swizz Beatz, Alicia Keys, and many others attended the private funeral. It was also live streamed on BET Network and its YouTube channel. While the service was filled with emotional testimonies from many of DMX’s close friends and family, some fans weren’t too fond of Russell Simmon’s speech. Def Jam cofounder Russell Simmons, spoke candidly about his relationship with DMX and mentioned of his own struggles with drug addiction.

“I saw him go through struggles. I had been through struggles, so I recognized it. God knows I went through a lot of drugs, and I even was addicted at one point to cocaine. I was really just addicted to being high, but specifically cocaine.

“So, I had all these experiences so I could relate to this man, and I know I was very lucky to have escaped. And this brother was going through what I had been through, and I knew it. And I did very little… And I’ll never forget that I didn’t do much to help.”

While some people liked Russell Simmon’s message, several others thought the mention of drug use was inappropriate. 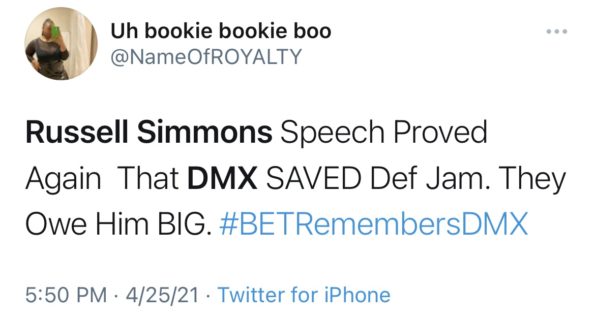 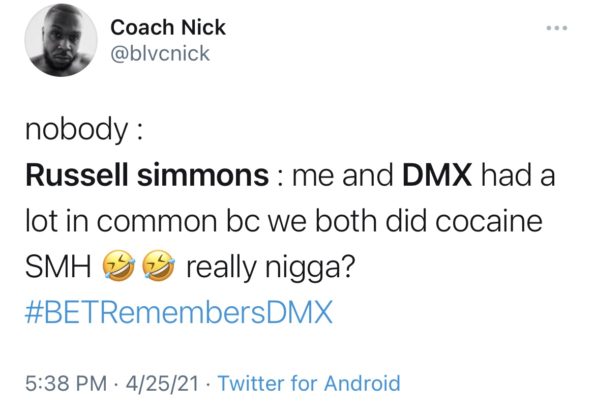 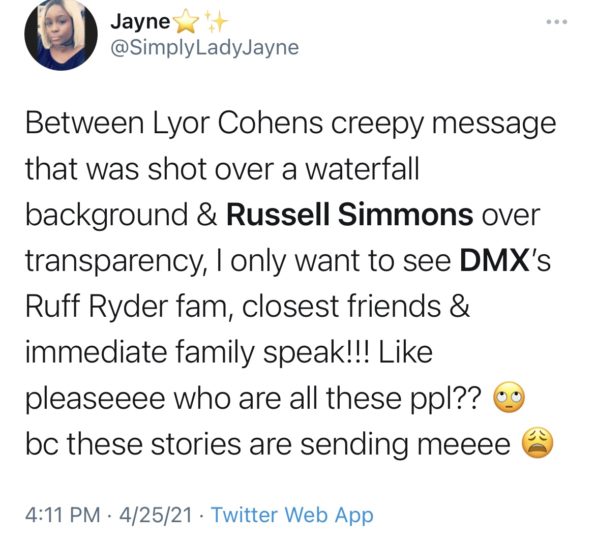 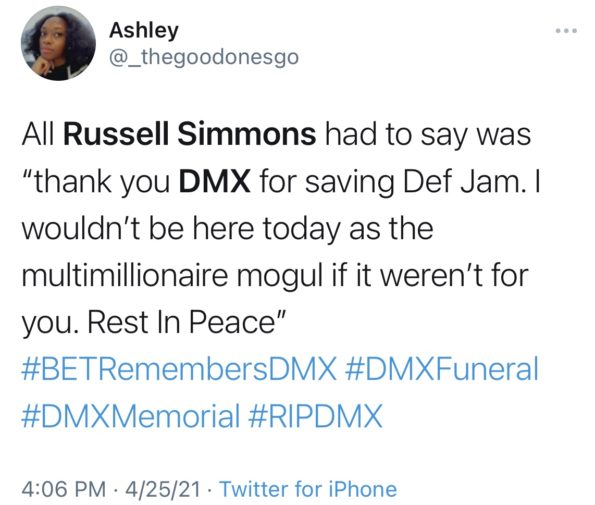 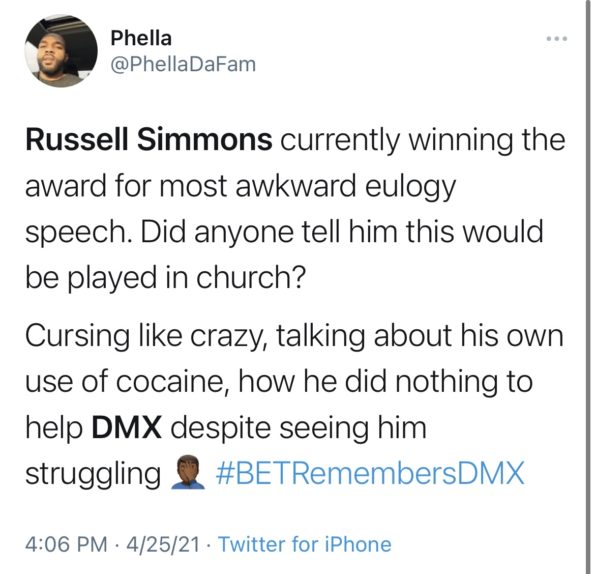 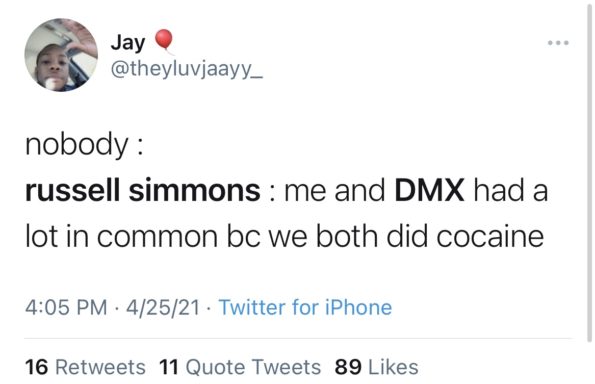 This isn’t the first time Russell Simmon’s publicly shared his memories of DMX. Shortly after the legendary rapper passed away, Simmon’s took to social media and shared a heartfelt video where he openly spoke about his time with DMX. In the seven minute video, Simmons shares how he first met the rapper and revealed that DMX helped  his record label, Def Jam when his hit song ‘Get At Me Dog’ was released.

“‘Get At Me Dog’ was going against the grain and reminded me of what we loved at Def Jam. I was so excited I remember going to the tunnel when he first performed it and watching him perform it like, ‘wow Def Jam is back’. Sure enough he saved Def Jam and it was a moment for us.–He pulled us out of the mud and brought us back to life.”

Russell Simmons also expressed regret in not helping DMX as much as he could have throughout the years.

“I feel like he saved us but we didn’t save him.–We should have given him more love. And we have to be responsible to the next DMX. This has to be a teachable moments.”

Do you think Russell Simmon’s message at DMX’s funeral was inappropriate? Let us know the comments below!