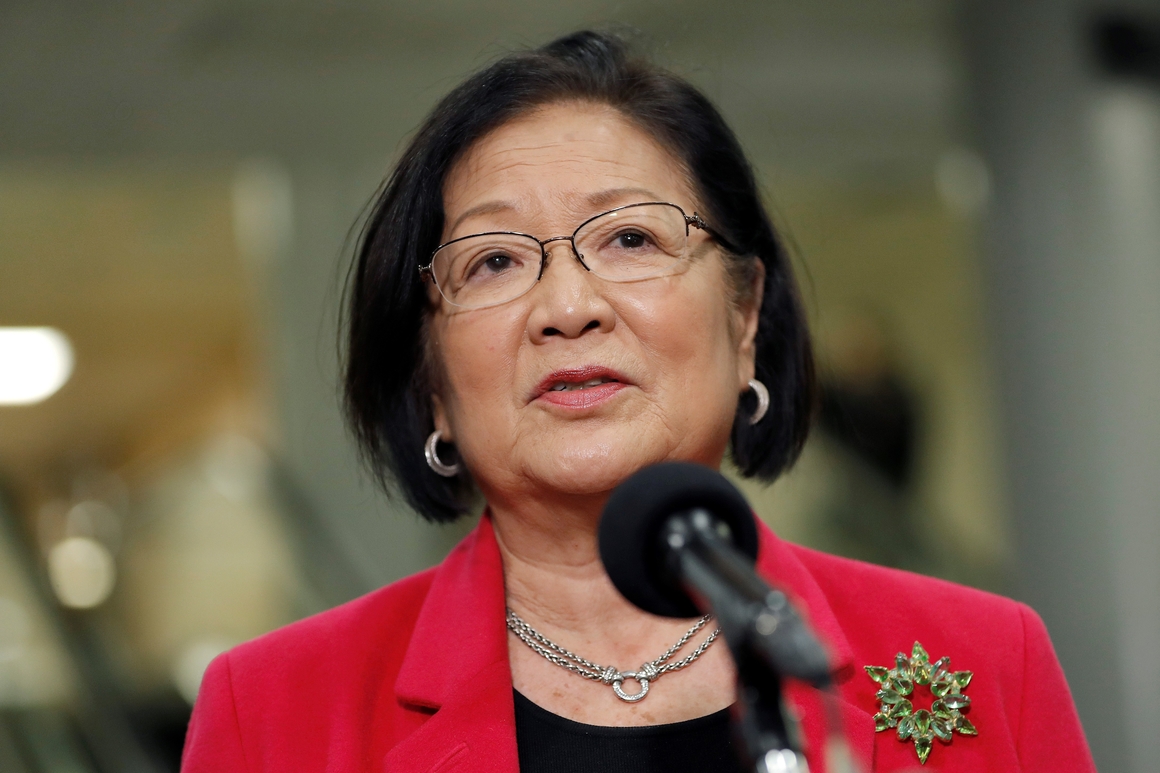 Passing the bill sent a “solid message of solidarity that the Senate will not be a bystander as anti-Asian violence surges in our country,” said Sen. Mazie Hirono (D-Hawaii), the bill’s lead Senate sponsor.

Sen. Tammy Duckworth (D-Ill.), one of two Asian Americans in the Senate along with Hirono, recounted how her elderly mother had been harassed at the grocery store while trying to buy grapes because of her heritage, and told reporters, “this bill will allow me to go home to my mom and say we did something.”

Its passage marks a moment of bipartisanship on an issue that’s sparked broad public concern and warded off a potential Republican filibuster. Senate Republicans had originally expressed concerns about the need for the legislation, but both sides negotiated amendments to the final bill to address Republicans’ hesitation.

Sens. Susan Collins (R-Maine) and Hirono struck a compromise on the bill’s language. Collins and other Republicans had raised concerns that the original text too narrowly defined the types of hate crimes addressed.

Another measure from Sens. Jerry Moran (R-Kan.) and Richard Blumenthal (D-Conn.), which included grants for state and local governments to improve their reporting systems, was incorporated into the bill, along with language from Sen. Raphael Warnock (D-Ga.), acknowledging the victims of the mass shooting in Atlanta, of which six were Asian American women.

Republicans had earlier voiced concerns that the original legislation was intended to score political points against the GOP or was unnecessary given existing hate crimes legislation, and disagreements over the amendment process to the legislation had delayed progress on the bill’s final passage.

Senate leaders ultimately reached a deal to allow three Republican-led amendments to the legislation, all of which were voted down on a party-line basis.

One amendment from Sens. Ted Cruz (R-Texas) and John Kennedy (R-La.) waded into the debate over the use of race in college admissions and would have barred discrimination against Asian Americans in higher education. Hirono, in response, noted racial discrimination was already prohibited by law and called it a “transparent and cynical attack” on diversity policies in higher education.

But the final changes to the bill satisfied many Senate Republicans, including Collins, who said the bill’s provisions would improve data collection on hate crimes, many of which she said go unreported.

Advocates hailed the bill’s passage. Advancing Justice-AAJC said the bill would “provide much-needed support for individuals and communities impacted by hate and discrimination.” The National Council of Asian Pacific Americans, a coalition of advocacy groups, said the legislation took “important steps towards making long-overdue improvements to the government’s response to hate crimes,” though the group also urged solutions to violence outside of law enforcement.

Asked about the concern, Hirono said the legislation was meant to help the government make “informed decisions.”

“We’re not going to change people’s hearts and minds. There are cultural issues or attitudinal issues,” she said of the rise in bias.

Many Democrats and Asian American advocates had laid the blame for the increase in attacks at the feet of former President Donald Trump and other Republicans who they said had inflamed xenophobic attitudes by using terms like “China virus.” The final legislation, however, does not even mention Trump.

Senate Majority Leader Chuck Schumer called the vote “proof” the Senate “can work to solve important issues” if given the opportunity and said he looked forward to future bipartisan cooperation on other legislation.

It now heads back to the House, which is likely to take up the legislation.