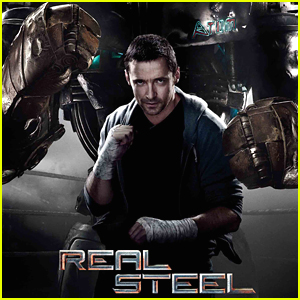 Real Steel centers on a struggling fighter-turned-promoter (Jackman), who reconnects with his estranged son to convert an old-generation robot into a mighty World Robot Boxing contender.

Shawn noted that the 2011 movie gained more popularity when it hit Netflix last year during the pandemic.

“It is amazing how streaming gives people an opportunity to rediscover [things]…when Real Steel was on Netflix in 2020, and it was in the top trending titles, it really showed us, ‘Oh wait a second, that audience is still there, and maybe we can even grow it’,” Shawn told CinemaBlend.

He added that “Hugh and I have definitely, we have seen each other recently, and I’m not gonna lie and say it didn’t come up.”

It’s actually been brought up a lot, too.

“It is remarkable how frequently this question gets asked. It had died, and while it’s not in active development right now, these are the kind of itches that Hugh and I are feeling more intensely and might need to scratch,” Shawn says.

He adds, “What’s been interesting is we’re approaching ten years since Real Steel came out, the fan love has not waned. And it’s been this constant reminder to Hugh and I that, ‘Oh wait a second, that movie had something special in it. And maybe we should revisit those characters in that world’. So anything’s possible.”

The film gained more fans after another similar sounding movie was announced.