The Stephen Colbert producers and staffers arrested for trespassing at a House office building haven’t done any favors for Democrats stoking outrage over the Jan. 6 Capitol riot.

Seven people working for “The Late Show with Stephen Colbert” were arrested and charged with unlawful entry after being caught unescorted at about 8:30 p.m. Thursday by Capitol Police in the Longworth House Office Building.

The staffers were reportedly allowed back into the Longworth building by an aide to Rep. Jake Auchincloss, Massachusetts Democrat, according to Fox News, after being denied credentials for the select committee hearings and told by Capitol Police to leave.

Jonathan Turley, George Washington University Law School professor, said unlawful entry was the “same charge that has been levied against the vast majority of those arrested” in the Capitol riot on Jan. 6, 2021.

“If the crew thought it better to ask forgiveness rather than permission in remaining, it was a uniquely poor decision given the security rules after Jan. 6th,” Mr. Turley wrote on his blog. “This could put some of these members in an awkward position. It is difficult to downplay such security breaches after the January riot.”

He noted that House Speaker Nancy Pelosi has “repeatedly attacked Republicans for not taking the new security precautions seriously and imposing hefty fines for failures to comply, including evading metal detectors.”

The CBS team had previously conducted pre-arranged interviews with Mr. Auchincloss as well as Democratic Reps. Adam Schiff of California and Stephanie Murphy of Florida, both of whom sit on the Jan. 6 panel, Fox News congressional correspondent Chad Pergram reported.

The irony was not lost on Rep. Barry Loudermilk, Georgia Republican, who was singled out last week by the select committee for giving a tour to constituents the day before the rioting that included at least one person who marched on the Capitol.

Some lawmakers had suggested it was a reconnaissance mission for the rioters, but Capitol Police said earlier this month that this was not the case.

Rep. Rodney Davis, Illinois Republican, called for an investigation into the Colbert staffers, who included Robert Smigel, the comedian behind the cigar-chomping puppet Triumph the Insult Comic Dog.

“It’s my understanding that these individuals were brought in by someone associated with Adam Schiff’s office,” Mr. Davis said Friday on Fox News. “They were over in the Cannon Building trying to be around where the credentialed media were supposed to be stationed in the midst of the Jan. 6 hearing yesterday.”

He said the Colbert staffers were told to leave by Capitol Police after being flagged by credentialed reporters, but returned and were “offered a way back into the House office buildings by a staffer who worked for the other member of Congress,” apparently referring to Mr. Auchincloss.

“They were actually seen banging on the doors of people like [Republican] Kevin McCarthy’s office, Jim Jordan’s office,” said Mr. Davis. “What were they doing? Why were they there?”

The Capitol Police said there is an “active criminal investigation” into the incident and that there may be additional criminal charges.

In a statement, CBS said that the production team was at the Capitol on Wednesday and Thursday to film a comedy segment for Mr. Colbert’s show featuring Triumph the Insult Comic Dog.

“Their interviews at the Capitol were authorized and pre-arranged through Congressional aides of the members interviewed,” the CBS statement said. “After leaving the members’ office on their last interview of the day, the production team stayed to film stand-ups and other final comedy elements in the halls when they were detained by Capitol Police.”

Rep. Claudia Tenney, New York Republican, accused the Democrats of “political theater,” saying that nobody is allowed in the Longworth building without an official ID and a congressional escort.

“They’re not serious when their friends or the media on their side is unescorted, yet the rest of us have to have ambassadors and our constituents be escorted even by interns to walk into the building,” Ms. Tenney said. “This is a hypocritical double-standard that they’re trying to portray and I think they’ve been busted on this.”

Rep. Lauren Boebert, Colorado Republican, tweeted: “It’s time for a Stephen Colbert committee after we throw him and his producers in solitary for 17 months. That’s how it goes now, right? Standard operating procedure?”

So far House Democrats have not commented on the arrests. Mr. Schiff appeared Sunday on CNN’s “State of the Union,” but was not asked about the incident.

The Washington Times has reached out to Mr. Auchincloss and Mr. Schiff for comment.

Mr. Davis, ranking member of the House Administration Committee, which oversees the Capitol Police, said he plans to pursue the matter this week.

“We’ll ask the security officials why these arrests had to be made, what were they doing without an escort at a time when the Jan. 6 select committee on the 50th anniversary of Watergate made it look like my colleague Barry Loudermilk somehow took kids with gift bags to do reconnaissance missions,” Mr. Davis said.

He added that the “only people arrested by Capitol Police for touring the House office buildings are the people who work for Stephen Colbert.” 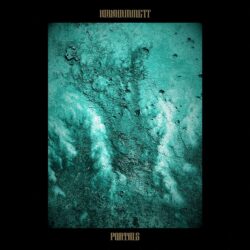