The purported move comes after Noth has denied allegations of sexual assault from multiple women following his appearance in the premiere episode of the “Sex and the City” sequel series.

According to a new report, Carrie Bradshaw was originally going to see Big one more time in the upcoming season finale of HBO Max’s “Sex and the City” sequel series. 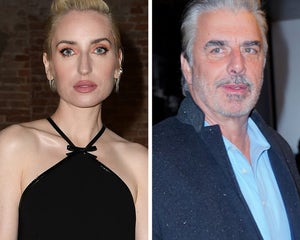 As fans have already seen, Sarah Jessica Parker’s Carrie has been hanging onto Big’s ashes after his shocking death in the series premiere of “And Just Like That…”

Well, (and a big SPOILER ALERT for the season finale!) it turns out she finally figures out what to do, and that is to take Big to a place that has deep meaning for both of them, the Seine river in Paris.

There, she is expected to spread Big’s ashes in the river, as seen in paparazzi photos already, per Deadline, and that part will likely still make the final cut.

What fans won’t see, according to a report by TVLine, is a planned fantasy sequence that would have seen Chris Noth’s Big appear to her and likely help her get the closure she’s been chasing all season.

According to the outlet’s sources, it’s not a huge scene and it’s not one integral to Carrie’s story. She can get where she needs to get just as well without it, which is good because apparently that’s what she’s going to have to do. 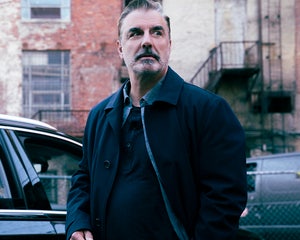 The purported last-minute change comes after Noth has been accused by multiple women of sexual assault. Noth has denied the allegations, calling the accusations “categorically false.”

“These stories could’ve been from 30 years ago or 30 days ago,” eh said in a statement. “No always means no — that is a line I did not cross. The encounters were consensual. It’s difficult not to question the timing of these stories coming out. I don’t know for certain why they are surfacing now, but I do know this: I did not assault these women.”

In the wake of the allegations, a Peloton ad filmed in response to the big premiere twist that cost Big his life was quickly pulled, and Noth was fired as a main cast member on CBS’s Queen Latifah-led revival of “The Equalizer.”

The Noth-less finale of “And Just Like That…” is scheduled for February 3 on HBO Max.