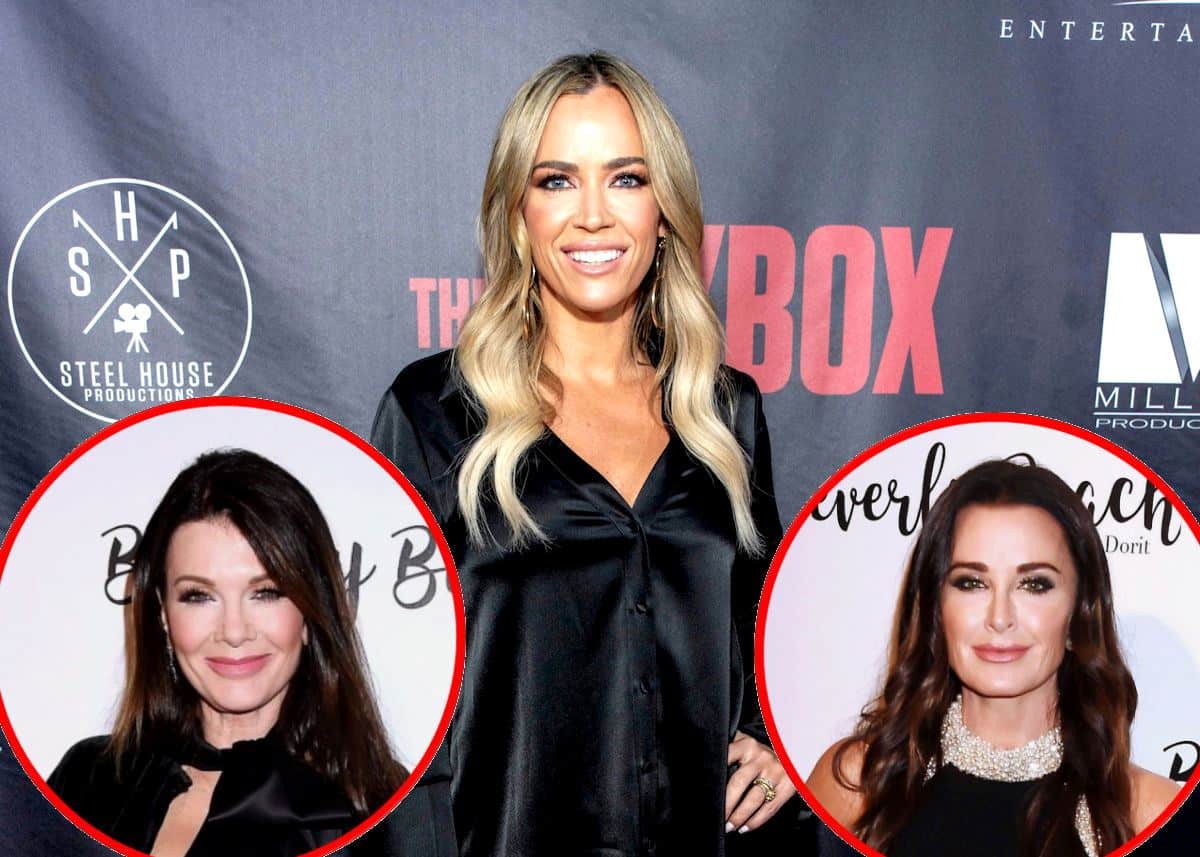 Teddi Mellencamp opened up about her time on The Real Housewives of Beverly Hills during the latest episode of her podcast.

Nearly one year after confirming her firing with a very honest video on Instagram, Teddi revealed her biggest regret before taking aim at “passive-aggressive” Lisa Vanderpump and admitting to facing “challenges” when it came to moving on from the Bravo reality show.

“My biggest regret from being on the show is I wish there were times where I would have just withheld. There are things my last season I wish I would have let it be,” Teddi admitted on the June 7 episode of Teddi Tea Pod.

During RHOBH season 10, Teddi infamously confronted Denise Richards about her alleged affair with Brandi Glanville, which quickly led to a slew of pot-stirrer allegations.

Although Teddi wasn’t included in the official cast of season 11, she was in the headlines recently after Lisa publicly dissed her and other members of the show by X-ing them out of a group photo outside of a Los Angeles restaurant.

Speaking of the drama, Teddi said Lisa attempted to pin Kyle Richards as the villain of their feud by falsely claiming that Kyle had accused her of scribbling on a child’s RHOBH photo.

“[Lisa] goes, ‘Kyle said it was a child with the paparazzi picture.’ No she didn’t. So quit trying,” Teddi advised. “That was always my problem. You’re always switching the narrative to make yourself look good.’ It’s okay to say, ‘I miss that show but I felt wronged and I’m done.’ But she just won’t ever cop to anything.”

“If you’re truly going to move on, you have to be authentic to what you’re thinking. If you want to still be immersed in the drama, or do you just want everybody to, like, come at other people? That’s really the goal. [She’s] passive-aggressive,” Teddi continued.

Also during the Teddi Tea Pod episode, Teddi spoke about the moments that followed her departure from RHOBH.

“At first it was really challenging. It’s like anything. When you spend so much time dedicated to something for over three years, five, six days a week and then it stops abruptly, all of the sudden you’re like, ‘What am I supposed to do with myself and my life?’” Teddi explained. “But I have a really full life. I have amazing children, such a fun husband, my business is doing great. And because it was during COVID, I really needed to actually be there for them this year.”

While Teddi has tons to be happy about, she said that learning she would not be invited back to RHOBH season 11 was “tough.”

“My ego was bruised. It’s a little bit of a reality check that nothing lasts forever but it also made me appreciate all the fun times I did have on the show,” she shared.

It also made her recognize all of the things she didn’t miss.

“I don’t miss waking up with that raging anxiety that happens after you’re watching somebody getting pummeled. I miss the cast and the crew and everybody, but I really feel like I needed to be there for my family,” she noted.