Skip to Content
Home Celebrity News The Supreme Court could end abortion in Michigan. The race is on to let voters have their say. 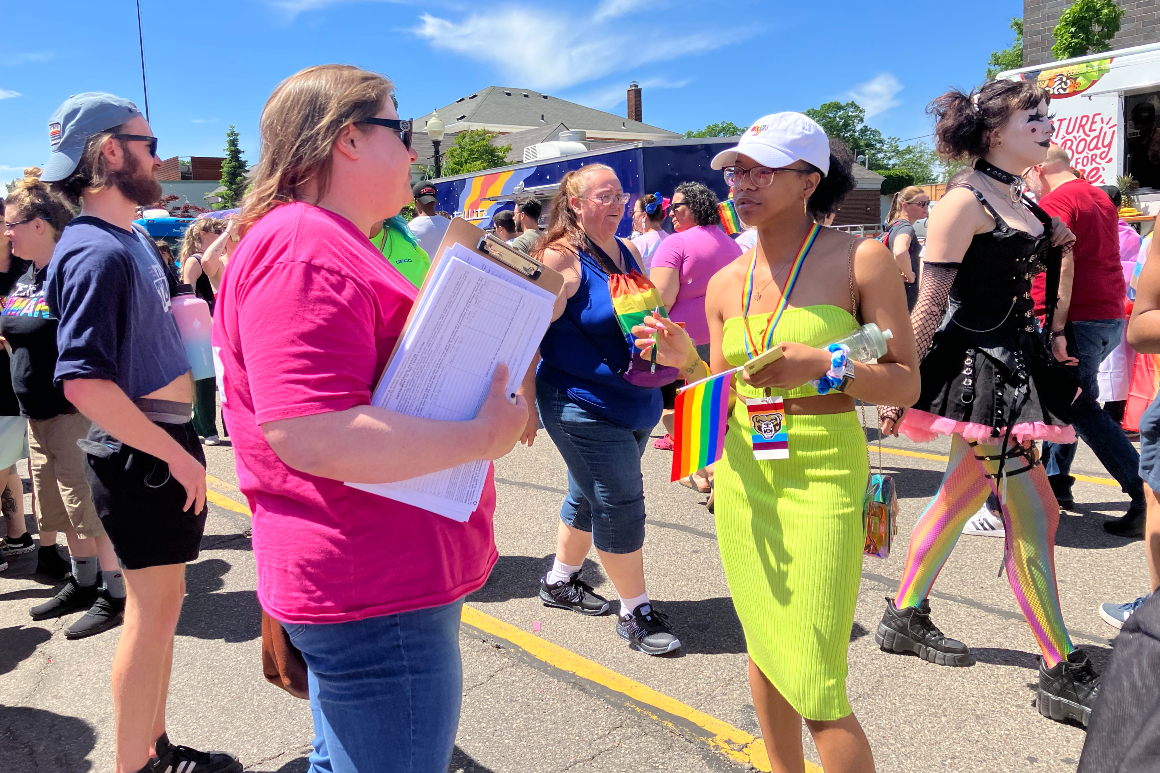 Dionne Walker, a Detroit native and grandmother, told the volunteers as she waited in line for a styrofoam bowl of fried beignets that she was “on the fence” about the right to an abortion. But she signed the petition once the Taylor sisters explained that the proposed amendment would also permanently protect birth control, prenatal care, in-vitro fertilization, miscarriage management and other aspects of reproductive health.

“I wouldn’t want any politician telling me what to do and what not to do with my body,” Walker told POLITICO over the sound of a busker playing blues guitar. “They should concentrate on real issues, like gas being over five dollars a gallon. Focus on that and not what a woman is doing with her body.”

Conversations like these — taking place everywhere from the Morel Mushroom Festival in the far northwest town of Charlevoix, to the sidelines of a Pride parade in Ferndale to libraries, block parties and farmers markets across the state — represent Michigan abortion-rights activists’ best hope of maintaining access to the procedure should federal protections fall.

Their efforts seem to be resonating. In an open-ended poll of registered Michigan voters recently conducted by the Detroit Chamber of Commerce, respondents listed abortion as one of their top three concerns, the first time the issue ranked in the top-10 since it started polling in 2020.

Michigan is one of more than 20 states with a law on the books that would outlaw nearly all abortions if the Supreme Court overturns Roe v. Wade.

That looming decision, which could come at any time in the next few weeks, has added urgency to a campaign that had slowly gained steam over the last several years, prompting thousands of new volunteers to try to gather more than 425,000 signatures by mid-July to put a constitutional amendment on the November ballot.

Should the ballot campaign succeed, the state could become a blueprint for abortion-rights groups fighting similar battles across the country and looking ahead to what could be done in 2024. Enthusiasm for the effort is also providing an early signal that the threat to federal protections on abortion is resonating with the voters that Democrats are hoping will surge to the polls in November’s midterm elections.

The effort to put the future of abortion access in the purple state in the hands of voters is just one of several tactics Michigan Democrats and allied groups are using, but it’s seen as more dependable than the lawsuits, gubernatorial orders, pledges of prosecutorial restraint and legislation that they’re also throwing against the wall.

“We’ve pursued this three-pronged strategy because we don’t know which one might be successful,” Michigan Gov. Gretchen Whitmer, who is up for reelection this fall, told POLITICO. “We don’t know if any of them will be. And I think that’s why this is such a stark, kind of scary, confusing moment for a lot of people who are waking up to just how precarious this moment really is.”

The signature campaign, spearheaded by the ACLU, Planned Parenthood, Michigan Voices and other advocacy groups, struggled at first to garner public attention and had only a few thousand volunteers. But it received a massive boost last month when POLITICO published a draft Supreme Court opinion that would eliminate Roe v. Wade, triggering a surge of donations, volunteers and signers even in the more rural and conservative parts of the state.

“[Justice] Sam Alito has been our best recruiter,” Michael Hertz, a retired OB-GYN who leads a team of volunteer canvassers in Beulah, Michigan, said with a wry laugh. “Eventually, I will write him a ‘thank you’ note.”

In the week following the publication of the draft opinion, the groups said, more than 25,000 people volunteered to be canvassers, including Ronit Wagman, a Ferndale resident and mother of two who spent last Saturday gathering signatures at her neighborhood’s Pride festival.

“That leak put the fear of God in me,” Wagman told POLITICO as, clipboard in hand, she waved down people arriving in fishnets, sequins and rainbow capes, signing up more than 50 people during her Saturday shift. “I knew abortion rights were under attack, but I didn’t realize Michigan would revert back to this super antiquated law until I was doing the online training for this.”

Wagman, a registered Democrat, said she’s been struck by the number of people who have told her, unprompted, that they’re a Republican or Libertarian but still support abortion rights, and see the ban as government overreach.

Kade Fitzgerald, a Detroit native who attended the Pride event with his wife and son, voiced similar concerns.

“If we’re going to start taking rights away from people, why don’t we start with men? Vasectomies for all!” he said. “They could make it so people are prosecuted for abortions and that’s insane. We’re going way back and we ain’t got time for that. We need to go forward.”

Advocates on both sides of the abortion debate, aware that state constitutions are the next battlefront, are turning to ballot measures to protect or restrict the right to the procedure.

In addition to Michigan, Vermont voters are also set to decide this year whether to amend their state constitution to protect abortion rights — but only in Michigan could access disappear if voters don’t approve the measure.

Kansas, Kentucky, Montana, meanwhile, are also set to vote in November on taking abortion rights protections out of their state constitutions or affirming that there’s no legal right to an abortion in the state. Activists and lawmakers in Arizona, Colorado, Missouri and Oklahoma are working to put the question to voters but may not be able to collect enough signatures or pass a measure through the state legislature in time to qualify for the November ballot.

Neither Congress nor the Biden administration, meanwhile, has outlined a plan to prevent as many as half of U.S. states from banning the procedure. And with power divided in Michigan, at least until November’s elections, between a Democratic governor and a state legislature that has been controlled by Republicans since the early 1980s, legislative action on the issue is seen as impossible.

”Myself and some other Democrats are circulating petitions — that’s really our best shot,” said Rep. Laurie Pohutsky, the chair of Progressive Women’s Caucus who represents Livonia, a Detroit suburb. “We’ve gotten every eligible member of the Democratic caucus in the House and Senate signed on, and any events I have, I bring them along. I even meet constituents and sign on their porch.”

Organizers are keeping official numbers close to the vest, but say they’re confident they will get enough signatures by the summer deadline to qualify for the ballot. And the Detroit Chamber of Commerce’s poll of 600 people, conducted from May 9 to 16, also showed nearly 60 percent support for the measure — including a majority of independents and a plurality of Republicans.

But supporters of the campaign are not celebrating yet.

While a Michigan state court recently issued a preliminary injunction blocking the state’s 1931 abortion ban from immediately taking effect if Roe falls, that decision could get overturned on appeal or overridden by the GOP-controlled state legislature, clearing the way for the ban to take effect.

“The lawsuit we’re thinking of as the shield,” explained Merissa Kovach, the policy strategist for the ACLU of Michigan. “It’s necessary, but it still leaves us vulnerable in the long term and it only maintains the status quo. The ballot initiative, meanwhile, is the sword. It would settle this once and for all.”

Other supporters say they fear voters and activists will see the news about the recent preliminary injunction against the state’s abortion ban as a reason to relax.

“I don’t want people to rely on these court decisions,” said State Attorney General Dana Nessel, who is also up for reelection this November. “As we know, from our current United States Supreme Court, courts can change over time. But it’s very, very hard to change the state constitution. So I don’t want people to see the ruling and think, ‘Oh, great! We don’t have to worry about that now.’ Because we do.”

As the canvassers race toward their July deadline, anti-abortion-rights groups in the state are divided on whether to campaign against the measure now or hold their fire until they know it’ll be on the ballot.

“Do we start telling people now about the ballot initiative and why they shouldn’t vote for it, or would that be doing the canvassers job for them?” said Emily Shelcusky, a leader of the Michigan chapter of Students for Life of America. “When you’re on defense, it’s hard to decide if you’re doing the other side a favor or not.”

Roughly 20 anti-abortion groups banded together earlier this year to form the “Citizens to Support Michigan Women and Children” committee to fight the ballot initiative. But they are largely focused, for now, on fundraising and recruiting volunteers. Shelcusky says she and others, however, try to confront the canvassers when they see them — some groups have even set up an online tip line for conservatives to report sightings of canvassers — and are itching to mount a more coordinated response.

“I feel like pro-life Michiganders were too confident and felt like we already solved the problem,” she said. “They’ve been smug for too long because of the existence of the 1931 ban and didn’t think enough about what the other side would do, and now we’re behind the 8-ball a bit. The [Planned Parenthood] lawsuit was expected but I didn’t think they would go so far as to try to amend the state constitution.”

If the measure qualifies for the ballot, the anti-abortion-rights coalition is planning to send volunteers to knock on doors, run ads targeting specific districts, activate networks of churches and mobilize volunteers who worked on previous ballot initiative campaigns to further restrict abortion access.

As they think about what message they want to deploy in that campaign, conservatives acknowledge that most Michiganders don’t want to see the 1931 abortion ban to take effect. But the groups argue that most do want to see some restrictions, and are working to brand the proposal as a “radical” and “anything goes” amendment.

“Even if you’re someone who is pro-choice, you should see this as a bridge too far,” said Christen Pollo, the spokesperson for Citizens to Support Michigan Women and Children and executive director of the group Protect Life Michigan. “Michiganders don’t believe there should be an unrestricted, unregulated right to an abortion. So I have hope that voters will reject this once they know what it entails.”

Though they expect a fight going into the fall vote, ballot campaign volunteers like Detroit resident and nurse Beth Kim say they’re more concerned now about voter apathy than the actions of anti-abortion-rights advocates.

“I don’t think a lot of people are aware of the 1931 law,” she said. “They just assume that abortion is going to stay legal in Michigan because it currently is.”

While hopeful about its success, the Michiganders pushing the ballot campaign are frustrated that the effort is needed in the first place and that neither federal nor state leaders acted during the last 50 years to shore up the protections earlier.

Whitmer, who has made abortion rights a central plank in her campaign, said it’s “maddening” that so many in her state and in Washington D.C. have long taken this right for granted.

“There are consequences to assuming [abortion rights] would always be there and not taking additional steps to enshrine them into the law, and there are consequences to predecessors of mine who didn’t wipe our 1931 law off the books,” she said. “I don’t know why they didn’t do it. But that’s what we revert to — a law that’s 90 years old. So there’s a lot of blame to go around.” 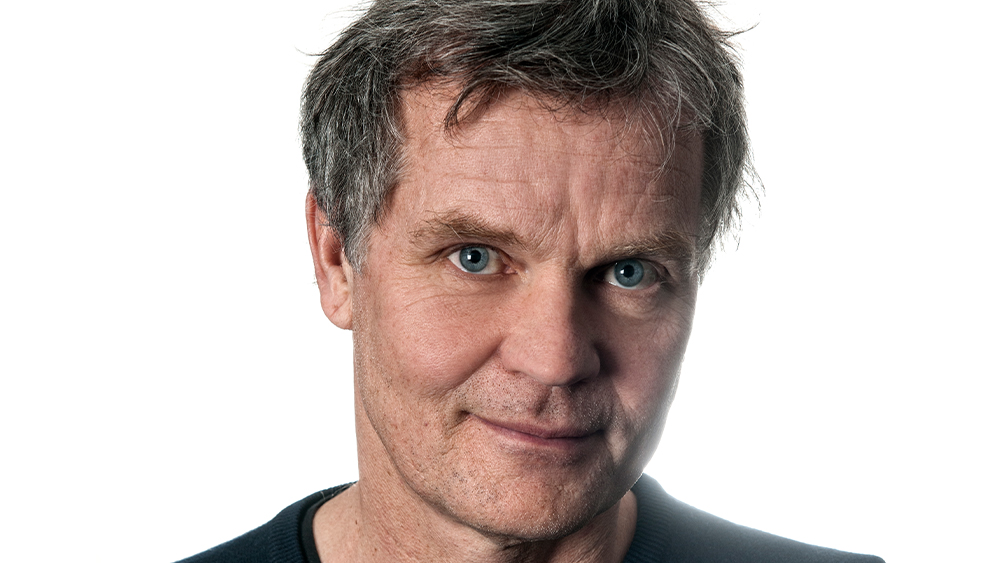 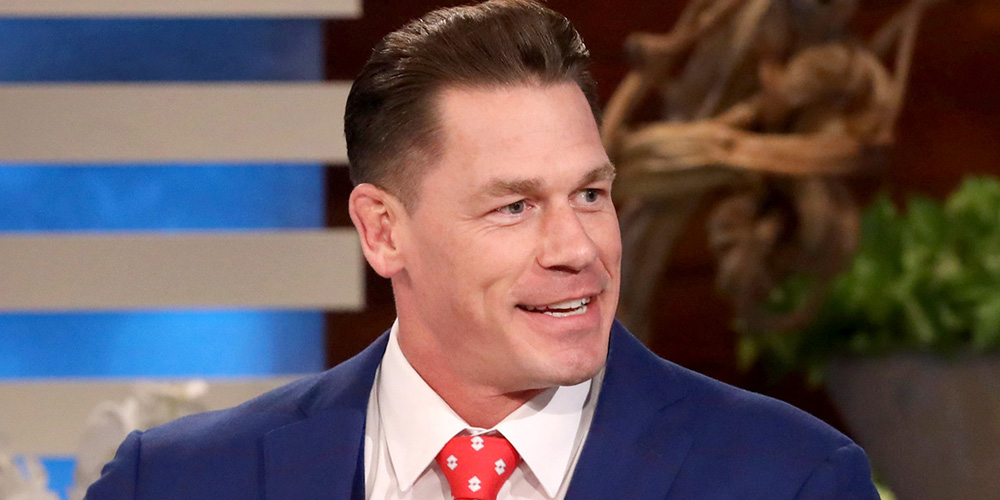