Best Comic of the Week:

Outcast #48 – Robert Kirkman and Paul Azaceta close off their long-running horror comic with this oversized last issue, and it’s an excellent ending.  The big events all happened in the last issue, but Kirkman can be pretty sentimental, so this whole comic explores the aftermath of what happened there, and looks at what life is going to bring to Kyle, Anderson, and all the others who made up the cast of this series.  Most horror movies end when the threat is finally vanquished, so I thought it was cool to see how the people of a town where just about everyone was possessed by other-dimensional beings try to put things back together.  Also, both Kyle and Anderson had been put through the wringer in this book, so I feel like the closure this issue brings was needed.  Outcast was always a solid read.  The early issues were always a little too decompressed, but in its last years, things just kept getting tighter and tighter.  Azaceta’s art is always very good, and I’m looking forward to seeing what he does next.  This book really suffered from a sporadic shipping schedule, and I’m a little jealous of people who can now read the whole thing consecutively.  It’s never reached the levels of acclaim that The Walking Dead or Invincible has, but it will stand out as one of Kirkman’s best titles.

Abbott 1973 #4 – Elena finds herself fighting the mafia and the evil magicians that are after her in this latest issue.  Saladin Ahmed and Sami Kivelä are doing exceptional work on this title that incorporates a lot of story in twenty pages.  I’m really glad I picked up the first Abbott trade not all that long ago, and that they chose to return to these characters.  I think this second series is better than the first.

Beta Ray Bill #2 – I am loving this book.  Daniel Warren Johnson has a really good take on Bill’s character, as he is joined by Skurge and Pip on a hunt for Odin, who in turn puts him on a different quest.  Johnson’s art is incredible, and so well suited to Bill, who is such an extreme character in terms of his design.  I’m already sad that there are only three issues of this left…

Cable #10 – Young Nate is continuing to doubt himself, and is not sure he’s the right person to go after Stryfe.  He goes to Cyclops for some advice, and gets into a fight with a couple of people from Arakko.  I like this take on Cable, but I also think that Gerry Duggan is spinning his wheels a little lately.

Crossover #6 – There are a ton of surprises as the first arc ends.  Ellie and her crew make it into the bubble around Denver, and find tons of very familiar characters engaged in a massive battle.  Cameos abound, but I think that Ellie has the biggest surprise in store for readers as this issue ends.  Donnie Cates and Geoff Shaw are having a lot of fun with this book, but also are turning out some very good work.

Deadly Class #45 – I hadn’t realized just how much I’ve missed this title.  Rick Remender and Wes Craig return to Marcus, but after some time has passed.  Now, he’s living in a friend’s bathroom, dealing drugs, and telling people what’s wrong with their musical taste.  Needless to say, he’s not exactly a happy young man.  Remender has given so much depth to Marcus, that when some action pops off, it comes as a relief.  I found this to be a really solid reintroduction to the book after its lengthy hiatus, and I’ve only just picked up that many of the best issues in this series involve Marcus having to go to the bathroom.  It’s a bit uncomfortable revisiting the early 90s, but it’s great to hear Marcus exemplify the best and the worst of that era.  I’m all in for more of this.

Department of Truth #8 – After a couple of issues exploring the Department’s past, we are back in contemporary times, and get to learn what’s under the Denver airport.  Black Hat has made it their home, due to some wacky conspiracy theories surrounding it, so Cole and his partner go to investigate.  We also get to meet Hawk, the Department’s fixer when it comes to erasing odd things (such as the wall from the first issue).  This series continues to intrigue me, although I liked the guest artists’ work more than that of regular artist Martin Simmonds.  His art leaves me kind of cold.

Dune: House Atreides #6 – We are halfway through this Dune prequel series, and we finally get an issue that focus mostly on one part of the story: the insurgency on Ix, which leads that planet’s ruler to go into exile.  I don’t remember the first three Dune books well enough to keep in mind all the ways in which these scenes are significant, and so this book feels like it lacks purpose to me.  The worlds of Dune are fascinating, but I feel like we never spend anywhere near enough time getting to know them.

E-Ratic #5 – Kaare Andrews wraps up the first arc of his enjoyable teen hero series.  Andrews has gone for a very clear Spider-Man vibe with this book, and I like it.  His storytelling gets a little weird in places, making the story occasionally hard to follow, but it mostly works.

I Breathed A Body #4 – This fungal viral social media body horror story keeps getting darker and weirder, and if I’m being honest, ever harder to understand.  Yet, I like what Zac Thompson is doing here, and am pretty interested in seeing where it all ends up next issue.  I just don’t have much to say about it.

Miles Morales Spider-Man #25 – Miles finds himself getting embroiled in his own Clone Saga, as versions of him go on a bit of a crime spree that brings Peter Parker to Brooklyn to investigate.  The main story in this comic has this arc starting off on the right foot.  There’s also a backup story, to justify the extra dollar in price, that is cute but unnecessary.

New Mutants #17 – I’m still struggling a bit with Vita Ayala’s run on this book.  My issue is that there are too many disconnected plotlines, and it keeps the title from having an identity of its own.  Some of the younger mutants (including Anole, who is significantly older than the people he’s hanging out with) are up to one thing, while Dani and Xi’an are off doing another in Otherworld.  The mutant they are searching for was introduced just to go missing, so his story doesn’t resonate in the slightest.  I wish Ayala would focus their story more, and make this book easier to feel attached to.

Once & Future #18 – I love that Kieron Gillen decided to incorporate the British Prime Minister in this series, although I’m not sure that Boris would feel the same way by the end of this issue.  Things have been picking up, and working a lot more for me lately, as it seems England is in even more peril than it was before.

Robin #1 – I miss reading DC books, so I’m using this latest relaunch to check out a few.  I thought I’d give this Robin title a shot, and I’m glad I did.  Damian has split from Batman and the extended family, and is now going around dangerous places, looking to get himself invited to a rare competition hosted by the League of Lazarus.  Lots of cool characters from DC’s underside show up in this first issue, and Gleb Melnikov’s dynamic art strikes a good balance.  I’ve already decided to get the next issue.  Am I becoming a DC reader again?  It’s nice to be back after some pretty rough years for the company; I hope they can keep me.

Star Wars: Darth Vader #11 – Greg Pak continues to work to integrate The Rise of Skywalker into the Star Wars comics, as Vader confronts the Emperor on Exegol, where the massive fleet of Star Destroyers is already underway.  You have to wonder how Palpatine could have been even a little bit enthusiastic about the second Death Star if he was already building this superior fleet, or how he could have put up with its slow construction, but I guess that’s neither here nor there.  Pak continues to give artist Raffaele Ienco lots of cool things to draw, which I appreciate.  This series is kind of slight on content, but with Ienco’s art, I am still very happy I buy it.

Teen Titans Academy #2 – I’m interested enough in this latest version of the Teen Titans to give it another shot.  There is some limited character development of some of the students, and the mystery of Red X grows.  The problem is, I don’t think that writer Tim Sheridan has done a good enough job of establishing the past of this character.  Apparently he’s got something to do with one of the Titans cartoons, but I don’t know anything about that, so I keep thinking I’ve missed something.  I think I’m going to give the next issue a chance too, and might actually start adding some DC books to my pull file again.  Does that mean that endless reboots work?  I don’t really want DC (or Marvel) to think that…

Two Moons #3 – Virgil is getting a clearer idea of what is going on in this series after eating a special mushroom at the edge of a river.  John Arcudi and Valerio Giangiordano are serving up a pretty interesting take on historical horror with this series, and I’m all in.

USAgent #5 – Priest and George Jeanty have finished up their John Walker story, and they did something remarkable, in that they made me like the character more than I ever did before.  Like any good Priest series, this ended up being a bit of a puzzle box, but by the end, everything is left clear.  I’m curious about the character of the Saint, and would love to see him show up again.  It’s insane to wish that Marvel would let Priest resurrect The Crew, his excellent “Black Avengers” title from twenty years ago, isn’t it?  He remains my favourite superhero writer, and I hope this book leads to more work from him at Marvel.

Comics I Would Have Bought If Comics Weren’t So Expensive:

Friend of the Devil: A Reckless Book HC

The Week in Music:

Nick Waterhouse – Promenade – Nick Waterhouse’s band is incredible.  This latest album feels like more of the same, but that same is a California take on a retro approach to simpler blend of rock and r’n’b, that is more sophisticated than the music of the era it hails from.  Waterhouse is an incredible songwriter, and such a purist of this form.  I really miss seeing his band when they’d come through…

Beverly Glenn-Copeland – …keyboard fantasies… – This album was originally released on cassette in 1986, and languished in obscurity until Beverly Glenn-Copeland’s music was discovered by Japanese collectors, whose interest has propelled him, now in his later years, back into the spotlight.  This album recently won the Polaris Heritage Prize, which helped lead to its re-release.  This is a very beautiful album.  Copeland’s new age-y keyboard music sounds way ahead of its time, and his voice is lovely throughout.  I only learned of his music since the start of the pandemic, but hope that I’ll be able to see him perform live soon.  I do have vague memories of him appearing on the Mr. Dress Up kids show when I was a child (and he was still living as a woman), and I’m so thankful that I was able to discover his music. 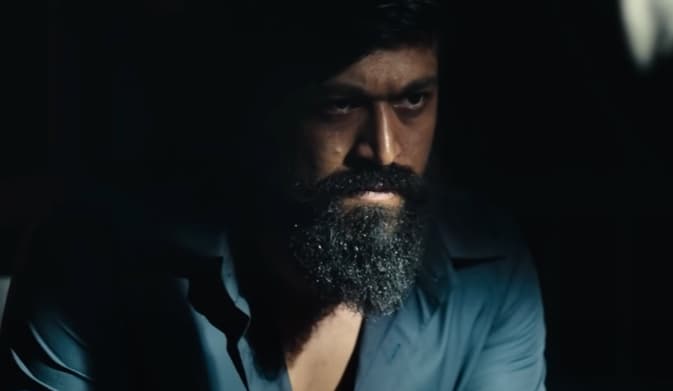