Skip to Content
Home Movies Together Together Review – That Moment In


If family is important to someone, they should be able to make one. Single mid-40’s app designer Matt (Ed Helms) is ready to make a family, and he has been for a while, but that special someone has long eluded him. Thankfully, there are other options now for that reality to come true, and one of them is a surrogate mother.

Matt settles on Anna (Patti Harrison), a mid-20’s woman who has already been a mother before under complicated circumstances and is interested in taking part in the process again under better circumstances. Their nine-month relationship/partnership/business agreement finds them questioning many aspects of their connection, and how they should proceed.

Remember the surprising Instant Family, a movie that tackled adoption in both moving and funny ways? Together Together has similar vibes. Together Together stands as the sophomore feature for director and writer Nikole Beckwith. Her script and direction are really intertwined with one another, using the three trimesters as acts for the movie. Nothing mind-blowing, but a cute touch, nonetheless. She takes the approach of being a simple fly on the wall, unconcerned with panache and more concerned with the day-to-day two people in such a scenario must deal with, fitted with a detailed representation that shows the lengthy process of a surrogate motherhood with therapy sessions (led as they were in Instant Family by Tig Notaro), ultrasounds, do’s and dont’s, and the like.

In Together Together, Beckwith is able to juggle smart, zingy-zesty (and mild for a R rating) awkward humor alongside contemplative moments that see Anna and Matt address traumas in their past that have led them to this point in time. Beyond that, Beckwith uses her two central characters as a discussion of the different forms love and intimacy can take, juxtaposed with society’s expectations of what an assumed heterosexual male and female “couple” are supposed to represent from a distance. From a story structure and resolution standpoint, it is not all that different from, say, a basic rom-com. There is a bond, some building friction that pulls two people apart briefly, only to find reconciliation after time away.

Together Together is a showcase for Helms and Harrison. In the right film with a person or two to play off of where he isn’t the complete central point, Helms can be rock solid in garnering laughs and even dramatic heft. Here, he is perfectly balanced as the somewhat dorky, kind of overprotective, but clearly well-intentioned grown man who is utterly committed to doing whatever it takes to ensure a smooth surrogacy. Despite their obvious incongruencies, he pairs nicely with Harrison, who in her first lead opportunity knocks it out of the park. Harrison’s dry and brusque delivery meshes as a complement to Helms’ energetic demeanor, and of the two, Beckwith builds her character with more backstory and a deeper understanding of what she has been through. Should be interesting to see Harrison breakout after this role.

There is not a lot to say about Together Together, and that isn’t a bad thing. It lives in that space between being a wee bit unconventional but still conventional when distilled down to the basics. A light comedy balanced with enough cute heart to leave some impact after delivery. 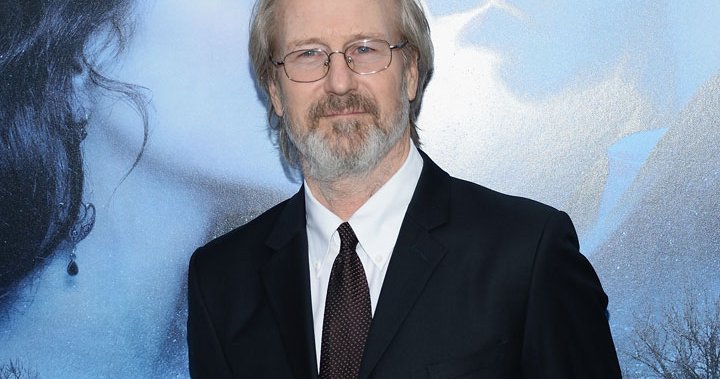