Samuel Goldwyn Films has released an official trailer for a colonial historic thriller titled Edge Of The World, a jungle crusade movie from Michael Haussman. Edge Of The World takes us on the true adventures of Sir James Brooke, who defied the British Empire to rule a jungle kingdom in 1840s Borneo, embarked on a lifelong crusade to end piracy, slavery and head-hunting, and partly inspired both the Rudyard Kipling story The Man Who Would Be King and Joseph Conrad’s Lord Jim.

To save his people, Sir James must shed his Englishness and embrace the jungle:

“All of it, the beauty and the blood.”

The Edge Of The World synopsis reads:

“The film is based on the true story of Sarawak’s first Rajah, James Brooke, who became the inspiration for a Rudyard Kipling story, The Man Who Would Be King, and Joseph Conrad’s novel, Lord Jim. Brooke was a former soldier in the Bengal Army who sailed to Borneo in 1839, where he helped the Sultan of Brunei’s governor put down a local rebellion and took over as governor of what became the Raj of Sarawak as his own private kingdom. He was knighted by Queen Victoria prior to being appointed Governor of the new Crown Colony of Labuan. Rajah Brooke’s dynasty would last three generations across 100 years.”

The film is directed by American filmmaker Haussman, director of the films Rhinoceros Hunting in Budapest, Blind Horizon, and A Study in Gravity previously, and a bunch of music videos as well. Edge Of The World arrives in the UK this June. And Goldwyn Films will release the film in the US direct-to-VOD starting on June 4th. 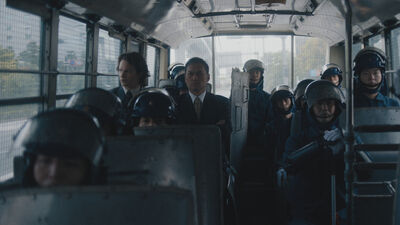