It seems like Twitter wasn’t playing around when they banned former president Donald Trump from their platform. As previously reported, Twitter was one of the many social media sites that banned Donald Trump from having an account on their platform due to his involvement in the insurrection that took place on January 6. According to new reports, a newly surfaced account was recently banned from Twitter for speculation that the account was connected to Trump. The account, @DJTDEsk, was reportedly created by Trump’s staff as a way to provide statements from Trump and give updates on his new website ‘From the Desk of Donald Trump’. 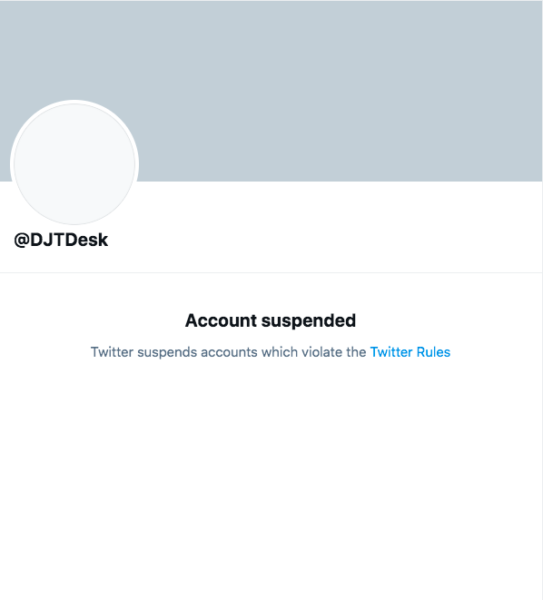 “As stated in our ban evasion policy, we’ll take enforcement action on accounts whose apparent intent is to replace or promote content affiliated with a suspended account,”

This isn’t the first time that Trump attempted to get around his ban from Twitter. When his personal account was initially suspended he started twitting from the official @POTUS account. However, those tweets were soon removed because, as mentioned above, Twitter won’t allow banned users to tweet from a separate account.

Facebook also gave an update on their own Trump ban earlier this week. According to reports, Facebook’s Oversight Board is claiming that Trump’s permanent ban from the popular website doesn’t align with the company’s standards. They also gave Facebook 6 months to come up with a “proportionate response” for the issue.

“We will now consider the board’s decision and determine an action that is clear and proportionate. In the meantime, Mr. Trump’s accounts remain suspended.”

What are your thoughts on this situation? Tell us in the comments below.