Skip to Content
Home Reality TV Vivica A. Fox Recalls Offensive Comment From Ivanka Trump On ‘Celebrity Apprentice’: I Think She Thought She Was Complimenting Us

Vivica A. Fox Recalls Offensive Comment From Ivanka Trump On ‘Celebrity Apprentice’: I Think She Thought She Was Complimenting Us

Actress and TV host, Vivica A. Fox is recalling an awkward moment with Ivanka Trump.

The actress recently appeared on For Real: The Story of Reality TV, hosted by Andy Cohen. On the show, she spoke on a time during her stint on Celebrity Apprentice, when there was an exchange from Ivanka Trump. After team projects were completed, the teams and judges would debrief during board meetings before deliberation. During this particular board meeting, former Ivanka Trump complimented Keisha Knight Pulliam and Vivica A. Fox for their group’s presentation. She said:

Vivica A. Fox proceeded to say the following to Andy Cohen:

She continued to say:

“I hate to say it, but I don’t think she knew at the time that she was insulting us. I really think she thought she was complimenting us.”

The episode of Celebrity Apprentice aired in 2015. At the time of airing, viewers took to Twitter to acknowledge and complain about Ivanka Trump’s remarks, according to Yahoo Entertainment. Check out viewer tweets below: 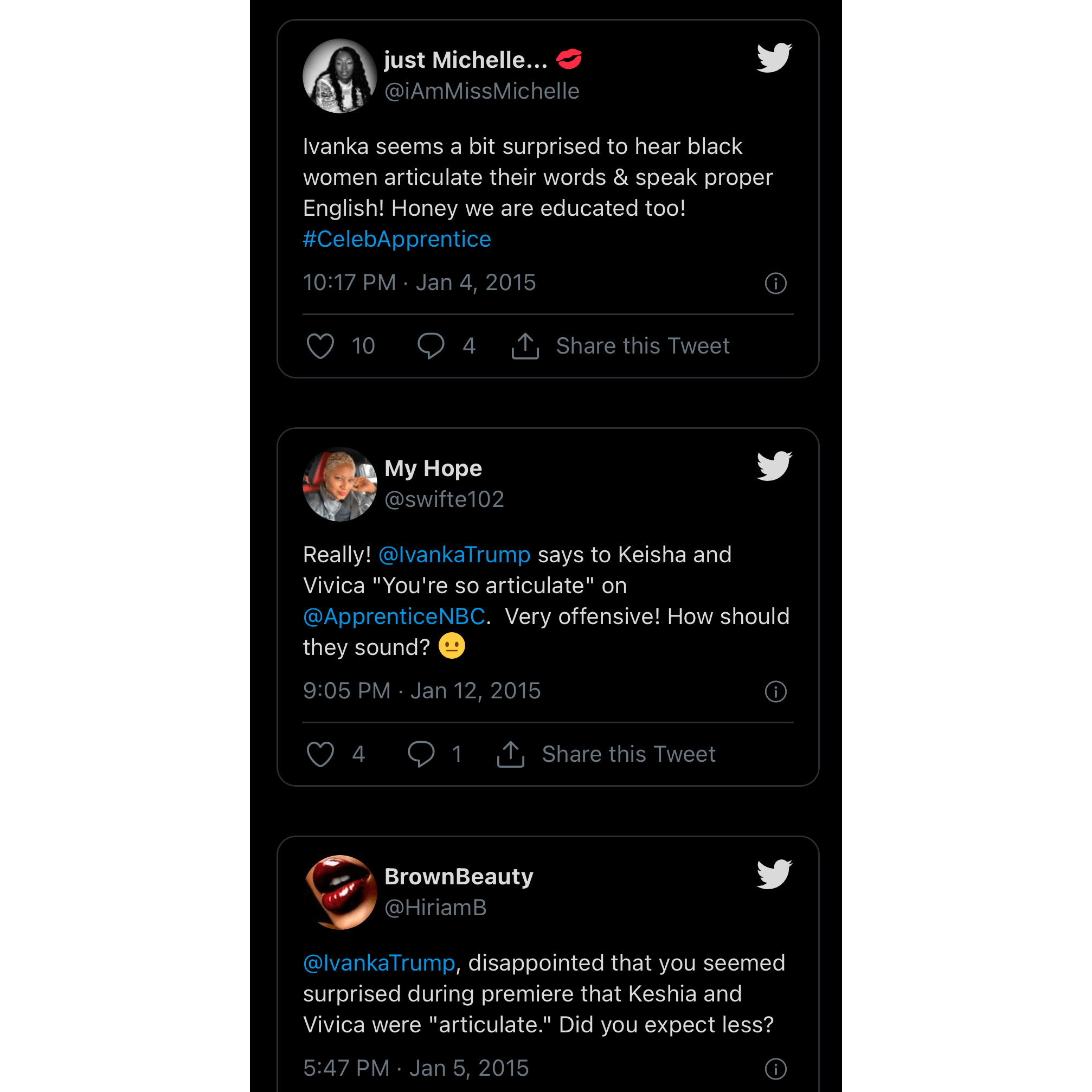 Despite the moment, Vivica A. Fox expressed her gratitude for the show’s platform.

“Reality TV has been wonderful to me, to be honest with you. It’s allowed me to reinvent myself and go from young ingénue to prove to everyone that I was a good businesswoman. That’s where Celebrity Apprentice came into.”

What are your thoughts on Vivica A. Fox’s comments? Let us know in the comments below