We spoke with filmmaker Kirby Ross about his new film We All Think We’re Special. Here’s what he had to say.

When did this project come to be?

I first came up with the idea back in 2018, when I was teaching cinematography at the Shanghai Vancouver Film School. I wrote the first draft while still living in China, and secured financing, then I returned to the States in early 2019 to begin pre-production.

Each of my films has a “book counterpart,” or a book that inspired me to make the film. For my first film, The Pain of the People I was inspired by A Language Older Than Words by Derrick Jensen. LOVE ME TRUE was inspired by The Brothers Karamazov, and this film, We All Think We’re Special was inspired by Infinite Jest by David Foster Wallace.

I have no personal experience with alcoholism. But I understand insatiable craving on a fundamental level. A reckless compulsion to quit well-paying jobs and move to China, simply to continue making and teaching film. A complete and utter disregard for anything that doesn’t contribute to the creation of this core communal vision. I realized I was addicted to the process of creation, and this fascination with film had impacted every aspect of my life. As I taught cinematography at a university in China, far away from the people I love so that I could do what I love, the concept of the film was gestating.

And then I watched Bergman’s masterpiece, Persona. And I was struck by the realization that filmmaking isn’t my only addiction; addiction can also be to a person. I delved into research. Alcoholism had clear narrative potential. I read scores of books on the subject; I needed to understand. The Amazon algorithm has suggested just about every 12-step and recovery book in the world. I saw as many documentaries and narrative features as I could find. I read memoirs and blogs. I threw myself into the heart of addiction, and I saw myself staring back. The movie was born.

Stylistically, I feel that WATWS has a serious debt of inspiration to Requiem for a Dream, although I haven’t seen that film in over two years, as I didn’t want to copy from it deliberately. Stylistically, I feel that I owe much more to Danny Boyle, specifically what he did in “127 Hours.” (FWIW, I think he’s the most visually interesting director working today.) Our color choices were made in close collaboration with our brilliant colorist Bradley Greer, though we were fortified in our decisions watching Russian master Tarkovsky do similar things in most of his later works. In terms of editing, I owe the largest debt of gratitude to Sergei Paradjanov, a Soviet Bloc director who has been mostly forgotten but who revolutionized film editing as much as Eisenstein or Godard. Of course, it helps that our editor, Eva Morgan, is a genius. 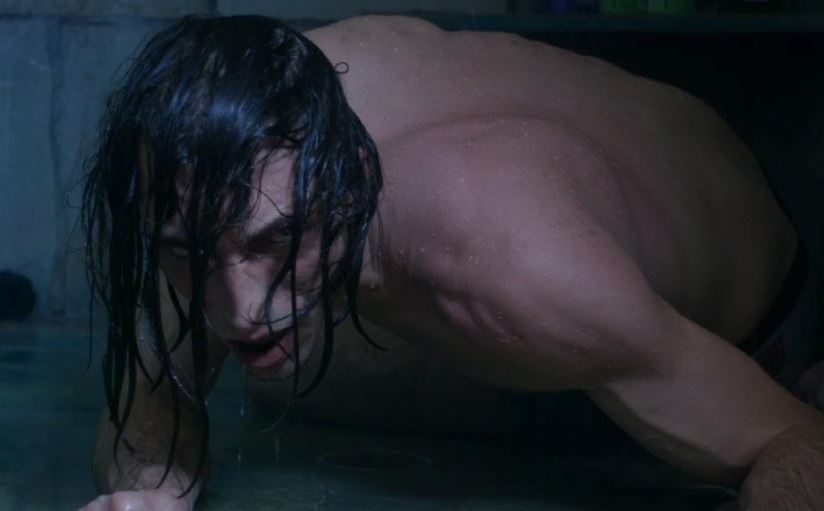 Is this a genre you normally gravitate towards?

Because I write my own scripts, I start with a core idea, and then I allow that idea to evolve into whatever genre it decides. I’ve done dramas, comedies, and now a thriller.

Would you say there’s a message in the movie?

I wouldn’t say that, no.

Did you pull a Hitchcock – or a Shyamalan – and cameo in the movie yourself?

Thankfully not! I have in my last 2 films due to sheer need, but I hated doing it, and I’m thrilled that I’m nowhere to be found in this one.

Being an independent production, I’d think you probably ended up wearing more hats on it than credited. Was that the case?

I used to think that doing more than necessary was the mark of a good leader, but I’ve learned that trusting other people to do their jobs and concentrating on my job created a better product. So I may have done minor things here and there, but I worked hard to focus on directing; if I’m so tired from moving gear that my mind wasn’t working at full capacity, then I hurt the entire film.

If an awards ceremony were going to show a moment from the film, what moment would you ask them to play?

I think our 3rd act montage is pretty powerful.

Considering the year, we’ve had, most of us are appreciate film and other forms of entertainment more than ever.  How have you been distracting yourself from outside worries during the past year?

CRITERION CHANNEL. It’s the best film school in the world.

Do you think theaters are going to bounce back?

I hope they bounce back halfway. I’m okay if the teenagers making out and the morons typing on their phones never return, but there are too many true cinephiles for theatres to disappear forever.

To learn more about the technical production of the film, please visit here.

WE ALL THINK WE’RE SPECIAL is now on Amazon Prime