Skip to Content
Home Movies What Is The Cultural Legacy Of The Lightsaber? — Every Movie Has a Lesson 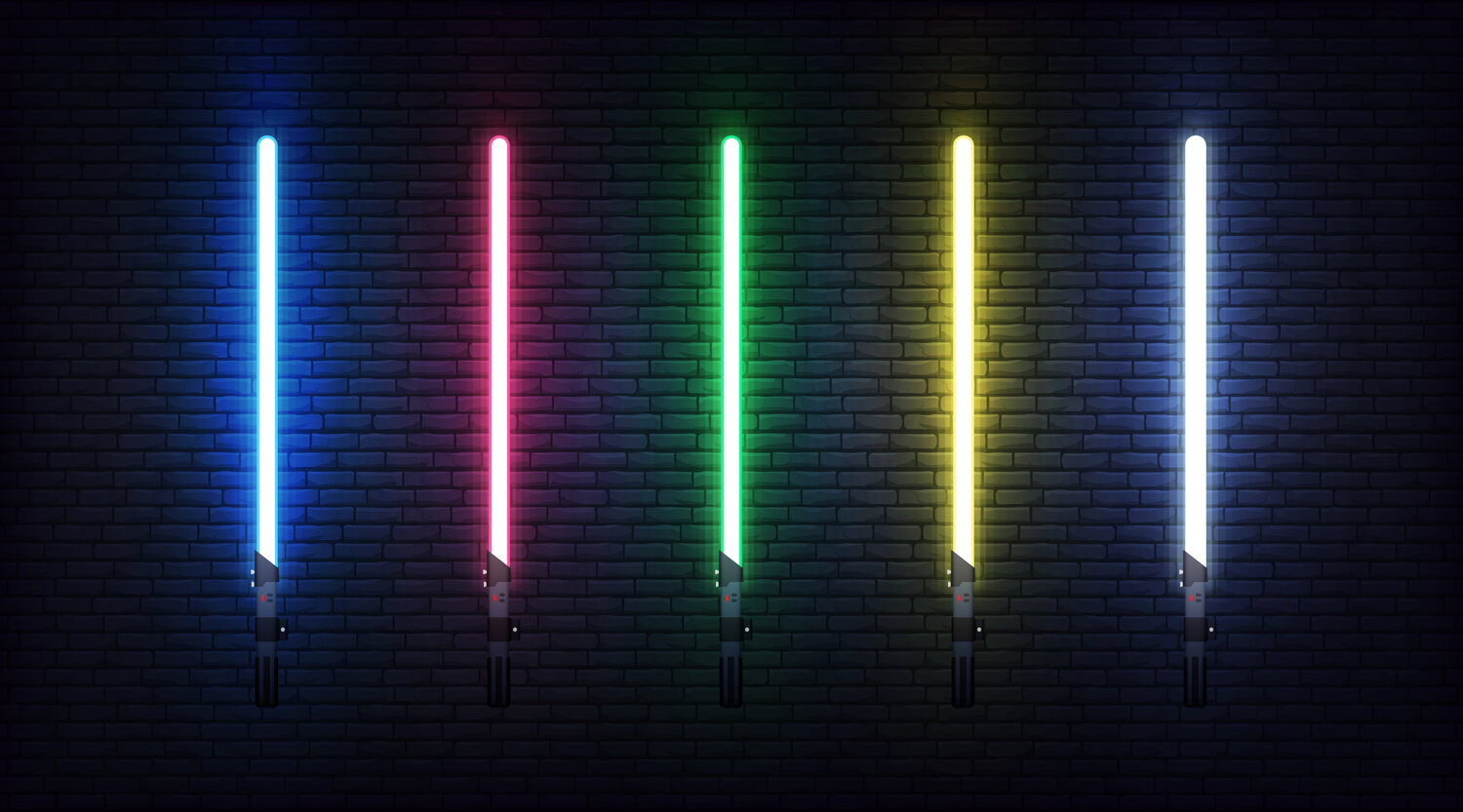 In his book, “The Hero With The Thousand Faces,” Joseph Campbell discusses in detail the narrative cycle of the Hero’s Journey, or the monomyth, which consists of three phases: The Departure, in which the hero starts the adventure, learns about the world outside, and faces enemies; The Initiation, where the hero must prove his worth through tests, and The Return, in which the hero returns to the non-heroic world, bringing with him the wisdom and skills he learned in the quest to solve the crisis that precipitated his journey.

Within these phases, Campbell outlines 17 stages of the monomyth. In one of these stages, the hero, at the departure phase, receives a Supernatural Aid, which could be represented by a mentor, a wizard, or some benign power that assures the hero’s destiny. At this stage, the hero usually receives a talisman, an artifact, or even a piece of advice that will help the hero in his journey.

In Star Wars, the hero, Luke, meets with Obi-Wan Kenobi who trains him in the ways of the Force and gives him a ‘talisman’—the lightsaber. The lightsaber, according to Obi-Wan, is ‘an elegant weapon for a more civilized age.’

That lightsaber was owned by Luke’s father, and as such, the sword is the legacy of Anakin, Luke’s father, to his son. It’s a symbol for the beginning of Luke’s journey, placing him on the path towards self-realization, and the start of his initiation.

The lightsaber had such a cultural impact that many people, at one point in their lives, wielded imaginary lightsabers, while making sound effects with their mouths. Now, some replicas produce ‘real’ sounds, like the lightsabers at Galaxy Sabers.

The Sword As A Symbol

In literature, the sword is often a symbol of strength and power; to receive a sword means to be given authority, like King Arthur and the Excalibur. Indeed, there’s something about the notion of a magical and mysterious sword that appeals to people from all cultures. With Luke’s lightsaber, George Lucas gave the world a new spin on the idea of the magical sword. At the hands of a Jedi, the lightsaber is a symbol, not only of authority but also of purity and honor.

In this regard, the lightsaber’s concept of sword-as-an-honorable-weapon bears a similarity with the samurai’s sword. George Lucas has stated in numerous interviews his admiration for the Japanese director Akira Kurosawa‘s movies, from which he borrowed some elements for his saga.

A Jedi’s aesthetics, like his wardrobe, is somewhat derived from the samurai of Feudal Japan. Add a bit of mysticism, and you get the Jedi Order. And although a Jedi Knight isn’t exactly a space samurai, there are similarities.

Everybody knows that sizzling sound the lightsaber makes as it ignites. The hum that comes from a lightsaber and the sound of two lightsabers clashing are sounds that generations of moviegoers won’t likely forget.

This iconic weapon has a polished, metal hilt from which a plasma blade projects and retracts. The blade’s about four feet long and is the melee weapon of the Jedi and their counterpart, the Sith. They use the lightsaber for close combat or deflect and block blaster bolts. The blade can cut through any material without much resistance. When it meets flesh, it leaves a cauterized wound, with minimal to no bleeding.

George Lucas developed the lightsabers as weapons for a group of mystical peacekeepers, who were first and foremost guided by honor and bound by their oath. He also wanted to evoke a feeling of nostalgia for the swashbuckling, swordfight films of an earlier era. The lightsaber was supposed to represent a simpler time in the Star Wars galaxy when honor ruled and the Empire hasn’t taken over the galaxy yet.

Like the katana of the samurai, it’s a symbol of a Jedi’s honor, tradition, and way of life.