Tom Cruise got the role of leather-jacketed tough guy Pete “Maverick” Mitchell in Top Gun after a meeting with some Navy pilots determined to rattle a young actor they badly misjudged as a hippie.

The film premiered 35 years ago this week, and the Top Gun Blu-Ray released last year includes an interview with producer Jerry Bruckheimer about how he and partner Don Simpson courted Cruise for the role. The film about fighter pilots at the U.S. Navy’s Fighter Weapons School at Naval Station Miramar in San Diego premiered on May 12, 1986, and a sequel, Top Gun: Maverick, will come out later this year.

Almost everyone involved in the original Top Gun, including screenwriters Jim Cash and Jack Epps Jr., had Cruise in their sights thanks to his star-making turn in the 1983 film Risky Business. Cruise was fresh from Legend, by director Ridley Scott, whose brother Tony Scott ended up directing Top Gun.

Won’t You Take 10 Seconds to Sign Up for Our Newsletter?

“When we got the script from Cash and Epps, we felt that the perfect actor — it really came from them — was going to be Tom Cruise,” Bruckheimer said in the commentary. “We’d sent various versions of the script to Tom. There was interest, but he would never sign on the dotted line. We just couldn’t get him to say yes.”

So Bruckheimer enlisted the Blue Angels — the U.S. Navy’s flight demonstration squadron. The Navy had agreed to help with Top Gun. 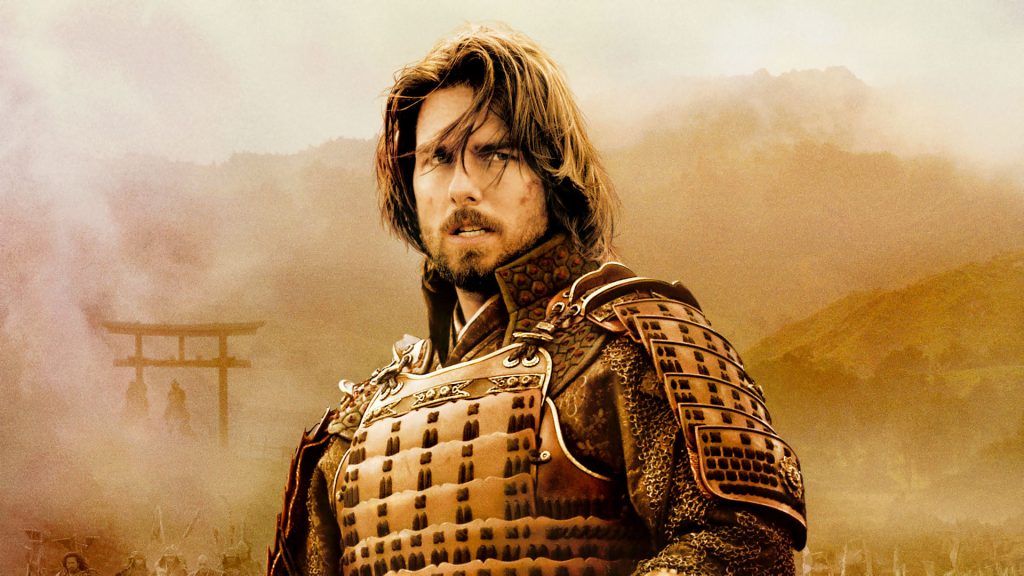 Despite his long hair in the photo above, Tom Cruise is no hippie. He is playing a character in The Last Samurai.

“He’d just finished a movie called Legend with Ridley Scott,” Bruckheimer explained on the commentary track. “He had this long ponytail. I called the information officer at the Pentagon and I said, ‘Look, we need to close this thing with Tom. When are the Blue Angels going to be around?’ And they were in El Centro [California] for an airshow. So I got ahold of Tom’s agent… and said ‘Look, we’d like to send Tom down, let him take a flight and see what it’s really like in one of these planes.’”

Bruckheimer continued: “Tom jumps on his motorcycle and drives down to El Central and pulls off his helmet. He’s got this long ponytail. So right away these pilots say, ‘Oh, we’ve got this hippie. Let’s give him the ride of his life.’ So they spin him at three or four G’s and five G’s and turned him upside down.”

But Tom Cruise was no hippie.

“I’m sure he threw up all over the plane, but when he got on the ground he went to the nearest phone booth — because mobile phones weren’t in fashion or around in those days — and called me and said, ‘I’m doing the movie. That’s it.’ So he loved the speed and loved the excitement and loved the pilots.”

The next step was finding a director — a story you can read about here.

(In fairness to the Blue Angels, who I’m sure were very good at their jobs, Cruise did have a brief, unfortunate foray into hippiedom in the 1988 movie Cocktail, in which he mixed drinks to a song called the “Hippy Hippy Shake.”)