Skip to Content
Home Celebrity News “You May Never See Those Numbers Again”: Can Cable News Pass the Post-Trump Test?


It was two days after the polls had closed. Donald Trump was still raging about the early results, Joe Biden was daydreaming about his Oval Office decor, and millions of Americans were fixated on the cable news channels. Steve Kornacki, a bespectacled election wonk and one of the main faces of MSNBC’s “Road to 270” coverage, was gesticulating in front of an interactive touchscreen—the Big Board in MSNBC jargon, not to be confused with CNN’s Magic Wall—breaking down the nail-biter in Pennsylvania. Meanwhile, over on the West Coast, Leslie Jones was snacking on something that sounded delicious (if her enthusiastic chomps were any indication), her eyes glued to the TV.

“This is how I like my reporters to look: disheveled and concerned,” the former Saturday Night Live star said between bites. “I love this dude.” Jones pointed her phone at the TV and recorded the Kornacki segment while narrating along. Then she tweeted the video to her more than 1 million followers. From that moment, Jones’s MSNBC obsession became a must-watch daily spectacle in its own right. She was a relatable superfan, and her side-splitting commentary was a symptom of what one veteran producer described to me as “peak cable news.” The Trump soap opera was captivating viewers like nothing else, and we were witnessing its disastrous finale in real time.

THE RATINGS WERE GANGBUSTERS. IF THIS WAS PEAK CABLE NEWS, YOU COULD CALL JANUARY 6, AS DARK AND AWFUL AS IT WAS, THE PEAK OF THE PEAK. AS A VETERAN PRODUCER PUT IT, “YOU MAY NEVER SEE THOSE NUMBERS AGAIN.”

Over the next three months, Trump’s “Stop the Steal” circus played out like a bad horror flick, complete with Rudy Giuliani ranting about imaginary widespread voter fraud while a substance that looked like brown hair dye oozed down his face. In the background, there was cable news, narrating the minute-by-minute chaos, feeding our nonstop information addiction, keeping us hooked, lest we miss what happened next. And in the background of that was Jones, gushing over her favorite hosts, critiquing the commentariat’s remote-work scenery, and sometimes weighing in with impassioned diatribes of her own. “You remember these bitches when it’s time to vote again,” Jones urged her followers in a 23-second video on January 4. She was excoriating the dozen Republican senators, pictured onscreen in an MSNBC graphic, who were planning to oppose Biden’s certification. “This is who y’all remember: the dirty-ass 12.”

Two days later, MAGA fanatics invaded the United States Capitol. They ransacked the halls of government, disrupted the Electoral College count, and endangered hundreds of congresspeople, journalists, and staff. Five people died. As the melee unfolded, the nation watched in horror. Jones, who pleaded for the 25th Amendment while making a video of Rachel Maddow and Nicolle Wallace, was one of more than 4,006,000 watching MSNBC that day. Another 2,988,000 were tuned in to Fox News. CNN clobbered them both, with 5,221,000 viewers, making January 6 the most-watched day in the network’s 40-year history.

Even combined, those numbers pale in comparison to a megawatt special on one of the broadcast networks, like, say, Oprah interviewing Harry and Meghan, which netted a whopping 17.1 million American viewers. (Never mind the 95 million who watched the O.J. Simpson chase back in 1994.) But in cable news terms, the ratings were gangbusters. If this was peak cable news, you could call January 6, as dark and awful as it was, the peak of the peak. As the veteran producer put it, “You may never see those numbers again.”

In the days and weeks after President Biden’s inauguration, without endless provocations from the man who occupied such a vast swath of our attention for the better part of five years, news consumption started to feel more and more, what’s the word—healthy? Liberated? Sane? It’s not as if there was suddenly a shortage of major news, not least of all a pandemic that continued to kill thousands of Americans every week. But as the normalcy of the Biden administration sank in, the average person’s media diet began to feel further and further away from the nonstop tweets, the constant controversies, the soul-sucking turmoil.

Bit by bit, the Trump gold rush slowed to a trickle, and people began to break their cable news addictions. There were, after all, plenty of other things to watch. Another industry veteran recalled a conversation he’d just had with a friend who said it used to be that “after work, they would come home and put on Rachel Maddow or put on CNN because they had to get caught up on whatever crazy thing had happened that day. Now they come home and decide what to stream.” (By the last week of March, Jones was spending an evening tweeting live video commentary of Zack Snyder’s Justice League.)

It wasn’t long before dire prognostications began to swirl. “Trump predicted news ratings would ‘tank if I’m not there.’ He wasn’t wrong,” declared a March 22 headline in The Washington Post, which reported drops at all three of the leading cable news channels (CNN the most and Fox News the least). The previous week, a chart created by Variety’s business intelligence service was circulating on Twitter. It compared the total audience for each prime-time show for the first week of March versus the first week of December (a comparison network executives would argue is ridiculous, but that’s another story). Don Lemon and Anderson Cooper saw losses of a little more than 30 percent and Chris Cuomo a little less. The losses for Chris Hayes and Lawrence O’Donnell were in the neighborhood of 17 percent. Laura Ingraham, Sean Hannity, and Rachel Maddow were each down 10 percent, give or take. Tucker Carlson held onto more of his viewers than anyone else, with a dip of just under 5 percent. “The next opportunity for Trump to dominate the headlines will be if he declares as a candidate for the 2024 elections,” the Variety analysis concluded. “In the meantime, the left-leaning networks will have to rely on politicians making the occasional gaffe and just get used to the post-Trump slump.”

It’s worth noting that CNN, MSNBC, and Fox have a wide array of digital and streaming endeavors, which means you either believe that cable news will eventually fizzle out as traditional cable viewers flee, or you believe the strength of these brands creates an opportunity to establish new viewing habits and find audiences on new platforms. But conversations I had with a range of executives, producers, journalists, agents, and analysts painted a stark reality nonetheless. “We’re unlikely to reach that peak of Trumpified interest in cable news again,” one source told me. “What the networks are now trying to figure out is, how do they quickly make that okay?” Another said, “Look back before Trump, before the man ran for office, and look at where the trend lines were going. These last five years have been an anomaly.”

Rich Greenfield, a media analyst with LightShed Partners, echoed that sentiment. “It honestly feels like we’re back to the run-up to the 2016 election, like we’re going back in time five years to when cable news was really about old people,” he said. “The volatility, the anger, the hatred that was spewed across cable news over the last few years, from both sides, clearly brought an audience. I would feel very comfortable saying I don’t think we’ll ever see sustained full-year ratings like we’ve just seen.”

One of the stars forged in the crucible of peak cable news was Abby Phillip. She joined CNN from The Washington Post in 2017 and worked as a White House correspondent for most of the Trump presidency, doing the dirty work of shouting out inquiries at press gaggles and enduring the president’s bilious retorts. (“What a stupid question,” Trump sneered when Phillip asked if he wanted Robert Mueller reined in.) During the postelection period, Phillip was given a prominent role in the network’s prime-time specials. Night after night, she appeared alongside Jake Tapper and Dana Bash, a fresh young face of 32 offering sharp and measured analysis on the latest political havoc. Then came a glowing New York Times profile. Then a promotion to a Sunday morning political show. Then, in March, a stylish photo shoot for The Cut, accompanying an interview in which Gayle King gushed, “I’m thrilled to be sitting here talking to you. I’m not kidding, I just adore you.”

Phillip is now one of the most prominent Black journalists on television. She’s someone who represents the next generation of cable news talent. She’s also someone who will be on the rise in the coming years as the number of people watching cable is expected to fall. She broke out during a moment when it was easy to get viewers fired up and excited, to keep them coming back for more. Only a few years earlier, CNN producers were pulling rabbits out of hats to figure out how to fill a whole day’s worth of air, wringing every last bit of drama from a marooned cruise ship or a missing Malaysian airliner.

“I don’t think the days of the missing airplane are coming back,” Phillip told me. “There’s still a lot of interest in politics. People are still watching political news, but now we have to give them more than just, what did Trump do today?” The hair-raising interregnum of November 2020 through January 2021 could very well go down as one of the most exhilarating times of Phillip’s career, but it wasn’t sustainable. “We can’t always be in this heightened state—of anxiety, fascination, amusement, whatever it is,” she said. “How do we make people feel like they understand better what’s going on in their country and not just be outraged by it all the time? That’s the post-Trump challenge.”

In terms of ratings, CNN would argue that its falloff looked dramatic because the network gained so much audience during Trump, and that no one expected all of those people to stick around long term. Privately, CNN president Jeff Zucker has acknowledged that Trump hurt CNN with Republicans, but he’s also said the only numbers he really cares about are the ones that advertisers care about, adults ages 25 to 54, and in that metric, CNN emerged from the Trump cycle basically neck and neck with Fox.

In February, after months of intrigue regarding his future, Zucker told employees that he expected to move on at the end of 2021. Zucker transformed CNN during his eight years running the network, and he’s widely revered by CNN journalists. As one of them told me right before Zucker announced his intention to step down, “In 40 years of CNN, the place has never been defined by its leader like it is right now.” Referring to the late former leader of Fox News, the journalist added, “It’s like Roger Ailes without the sexual abuse and hush money.”

Several well-connected sources suggested that the real question is not who will replace Jeff Zucker, but rather who will own CNN. “I think it gets sold by the time they have to make a decision on who will run it,” said one. There’s been an uptick in speculation that debt-ridden AT&T will put CNN on the block, perhaps as a package deal with the Turner entertainment networks or possibly even WarnerMedia as a whole. Former Turner CEO John Martin, who is friendly with Zucker, casually explored the possibility of buying CNN through a special-purpose acquisition company, sources told me. Within the past year, Zucker has been approached by suitors interested in buying CNN, according to people familiar with the matter, but his response was, “You’ve gotta talk to AT&T.” 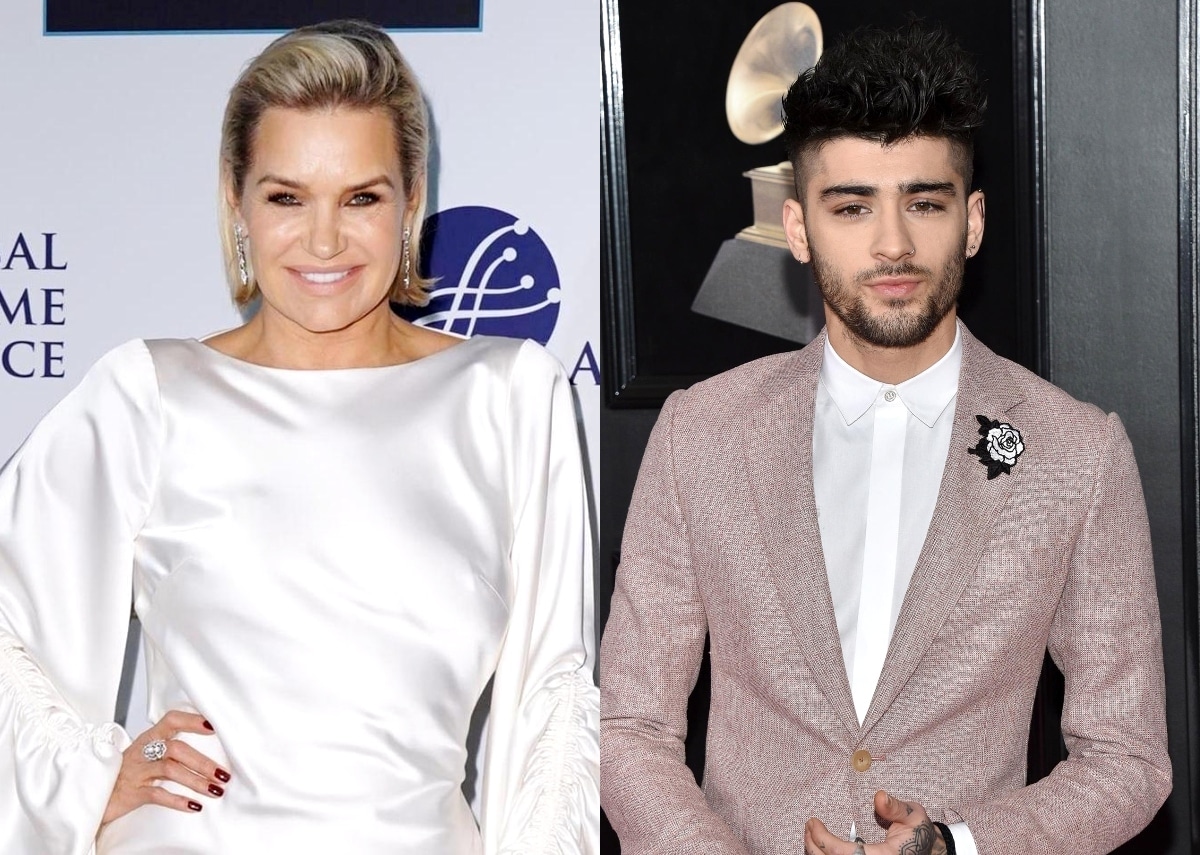