“Introducing our newest member of the family, Zola June Williams!” he wrote on Friday.

“Since joining us, she’s getting on amazingly with her big brother [Mickey Williams] and has proven to be one laid back little girl.

“[Olivia June Williams] is doing awesome and we are over-the-moon to be welcoming Zola into the world!” he wrote.

Williams’ wife, Olivia June, 34, also shared a post of her own to mark the occasion.

“It’s hard to believe it’s already been a little over two weeks since we welcomed our sweet baby girl, Zola June Williams, into the world!!” she wrote.

“It’s been a whirlwind of love and laughs as a family of four. Mickey is the best big brother, so helpful and so hyped.

“[Zak Williams] and I couldn’t be happier and more in love with our growing family. ❤️”

The couple also share a two-year-old son, McLaurin ‘Mickey’ Clement Williams, who was born in 2019.

Zak and Olivia June got married in October 2020, on World Mental Health Day. Both of them are strong advocates for mental health, and are the co-founders of PYM, a mental health support brand.

Zak has been very open about his and his father’s struggles with mental health.

Zak told mental health community 18percent in 2019 that his father’s tragic passing took an incredible toll on his mental health.

“I found that the first fix for me was to learn how to not self-medicate. I was masking the pain with alcohol often, and that just made things worse,” he said.

“What I neglected to do after my dad’s passing was take care of myself. You can’t be there for others if you are not paying attention to your needs and struggles. Take the time to do what you need to do to get through the day first. Then you’ll have a fuller cup to be there for others.”

Zola June would have been Robin’s second grandchild. Neither Zelda nor Cody have any children.

If you or anyone you know needs immediate support, contact Lifeline on 13 11 14 or via lifeline.org.au. In an emergency, call 000. 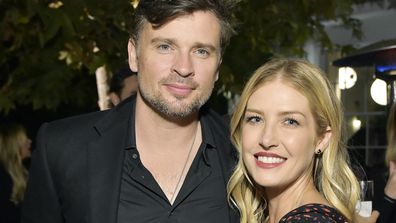